Dashboard cameras have become a popular way around the world to record emergencies, from car crashes to police stops. Vava is announcing a crowdfunding campaign on Kickstarter for its new Vava Dash camera.

The camera will be available for $99 to the earliest backers, and it has interesting features like automatic recording during collisions or other jarring incidents. The San Francisco company has designed the camera for usability, making capturing videos and photos easier and safer. 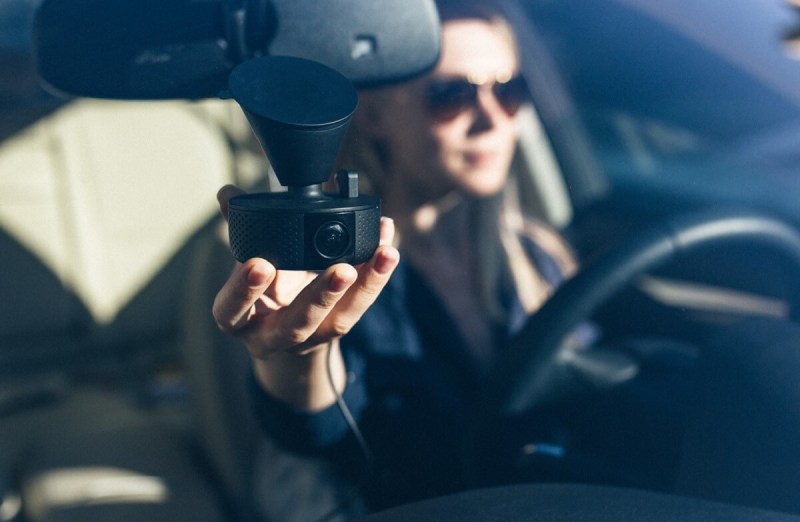 Above: The Vava Dash can swivel 360 degrees.

“We wanted to design a dash camera for the everyday driver on the road,” said Jeh Lin, director of Vava. “Through ongoing conversations with hundreds of drivers, we discovered the biggest issues drivers face with their car dash cams — resulting in the Vava Dash, a car dash camera that captures all the key features in a complete, simple-to- use package.”

The windshield-mounted camera captures clear high-definition videos during the night or day. It uses a Sony IMX 291 image sensor paired with six glass lenses and an infrared lens for sharper images, even in low-light settings. The result is highly detailed, 1080p, full HD videos at 60 frames per second both night and day.

It has a 360-degree swivel that allows you to capture footage in front, around, and inside the car. It has a 140-degree wide-angle lens and a built-in microphone to record in-car conversations — or carpool karaoke singing moments.

You can use a companion mobile app to wirelessly transfer pictures and videos to any iPhone or Android smartphone. Other app features include live-GPS tracking and direct sharing to social media.

A remote button mounted on the steering wheel lets you capture moments at short notice.

It has a 3-axis G-sensor that can detect unexpected motion and collisions. That sensor can trigger an automatic video recording that starts five seconds before the event occurred.

Paired with VAVA’s proprietary 2300mAh power bank, the Dash can stay on standby for over 30 days with G-sensor-activated recordings continuing to take place.

“The Dash was designed based on community feedback and we’ve included what hundreds of drivers actually want,” said Lin. “That’s why we also want it to be community who pushes us forward.”

The company will compete against a lot of large companies, particularly those that are based in Taiwan, China, and South Korea.