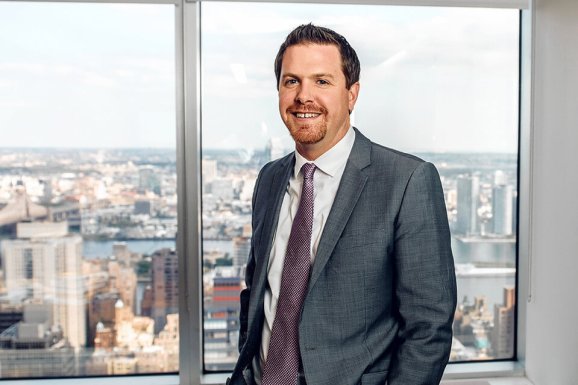 Rumors have been spreading lately about where Jay Leek, former managing director and chief information security officer (CISO) at Blackstone, will be heading next. His pick? ClearSky, an under-the-radar venture capital firm based in Palm Beach, Florida, where he will be managing a $300 million fund dedicated to cybersecurity.

After stepping down earlier this month from the venerable Blackstone, Leek may raise a few eyebrows with his choice of new home. ClearSky has been cloaked in secrecy since it was founded in 2012, even as it was actively making investments — the company’s website offers no information — sometimes alongside Blackstone.

“ClearSky has been investing in security for a number of years,” said Leek in an interview with VentureBeat. “Blackstone and ClearSky have done multiple security deals together, so our approach to investing is well aligned.” Co-investments include Verodin, and both firms are represented on the board of directors of Cylance and CyberGRX.

Raising the firm’s profile is something Leek wants to tackle as managing director, a role he officially took on two weeks ago.

Leek hasn’t completely shut the door on Blackstone, though. He will serve as a consultant for his former investment firm. “I am going to continue to work with some of their security investments and participate in and help to coordinate the Blackstone CISO Community across their portfolio companies, along with the Blackstone security team,” he said.

Given Blackstone’s focus on large investments and later-stage companies, Leek’s new role at ClearSky represents an opportunity to be closer to founders, security innovation, and company formation. And given Leek’s continued connection to his old employer, one could speculate that ClearSky might help provide dealflow for Blackstone once portfolio companies reach later-stage growth. This is unclear at this point in time, however, and hasn’t been confirmed.

In any case, Leek is well-positioned to lead a security-focused VC fund, as he has participated in several notable deals, which include Cylance, Verodin, CyberGRX, and RedOwl. He also participated (independently from Blackstone) in ProtectWise’s latest funding round of $25 million, which was announced last week. He is now on the security startup’s board of directors.

ClearSky plans on opening an office in New York City this summer.