Investment in autonomous vehicle technology entered overdrive in 2016, and 2017 is gearing up for more of the same.

In the last six months of 2016, the first public self-driving taxi service hit Singapore roads, courtesy of NuTonomy, while Uber followed suit a month later in Pittsburgh. The question of self-driving cars becoming a reality on roads around the world is no longer an “if,” it’s a big fat “when.”

Amidst all the hullabaloo over driverless automobiles, another transportation revolution is gaining momentum. Flying cars have been at the center of fantastical future visions in science fiction for decades. But despite the best efforts by Star Wars, Blade Runner, Back to the Future, and Chitty Chitty Bang Bang to cajole engineers into making fantasy a reality, it has never quite happened.

However, things are changing.

Earlier this week, aerospace giant Airbus confirmed that it plans to test a prototype of a self-piloted flying car by the end of the year, with the ultimate aim of circumventing the growing gridlock on city roads. Airbus CEO Tom Enders said of the plans:

One hundred years ago, urban transport went underground; now we have the technological wherewithal to go above ground. We are in an experimentation phase; we take this development very seriously.

With flying, you don’t need to pour billions into concrete bridges and roads.

The company didn’t commit to any figures for its investment, or the ins and outs of what the planned demonstration will entail, but the company’s efforts to bring personal flying vehicles to skylines is in line with efforts we’re seeing elsewhere.

Last month, fledgling startup Lilium Aviation announced a €10 million ($10.7 million) funding round from Skype cofounder Niklas Zennström’s Atomico for a jet with vertical take-off and landing. While it’s not strictly a “car,” insofar as it doesn’t have wheels, it shares a similar mission to that of Airbus by seeking to alleviate gridlock — “everyone can fly anywhere, anytime,” the company proclaims.

“Our cities are heading for perpetual gridlock, choked by an ever-growing number of cars  —  1.2 billion today, rising to an estimated 2 billion by 2035,” a Lilium spokesperson said at the time.

The Lilium jet is still a prototype, but the company has previously committed to flight testing in early 2017, ahead of commercial production. Lilium has also declared that it expects many businesses to emerge as a result of such vehicles, including air taxi and ride-sharing services. 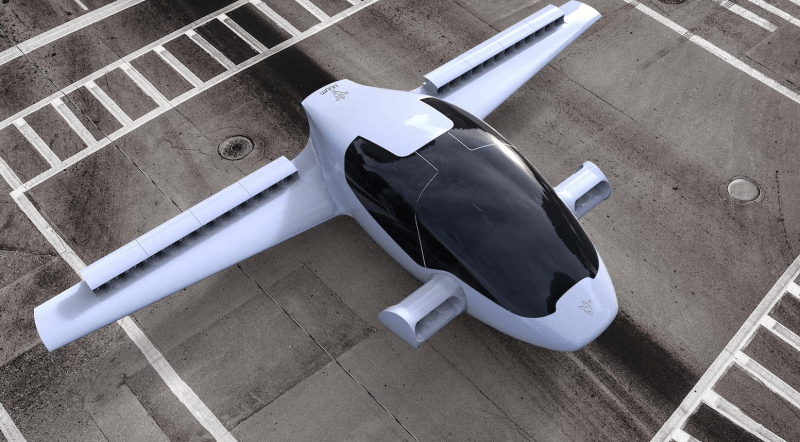 Airbus and Lilium are just two of the latest companies to join the race to make “flying cars” a reality. Massachusetts-based Terrafugia was founded in 2006 by five pilots and MIT graduates and has developed working prototypes of roadable aircraft. The company recently received approval from the Federal Aviation Administration (FAA) that will help pave the way to getting unmanned passenger vehicles in the skies by 2018.

Some of the biggest names in technology are looking to a future in which personal flying vehicles are a thing.

Google cofounder Larry Page is backing Zee, a stealth startup founded in 2010 that is “designing, building, and testing better ways to get from A to B,” as the blurb on the company’s homepage notes. It now counts some 150 employees who are working on a “small, all-electric plane that could take off and land vertically,” according to a Bloomberg report from last year.

That’s not all. Page is also backing a second secret flying car startup called Kitty Hawk, which is headquartered just a half-mile away from Zee in Silicon Valley.

“Over the past five years, there have been these tremendous advances in the under­lying technology ,” Mark Moore, an aeronautical engineer at NASA who designs advanced aircraft, told Bloomberg. “What appears in the next five to 10 years will be incredible.”

Elsewhere, Uber recently released a whitepaper that anticipates a time when on-demand urban air transportation is widespread, possibly within a decade.

Uber’s vision is thus: A network of small, electric aircraft that take off and land vertically (VTOL, for Vertical Take-off and Landing) will open up routes between cities and suburbs, reducing the time it once took from hours to a matter of minutes. 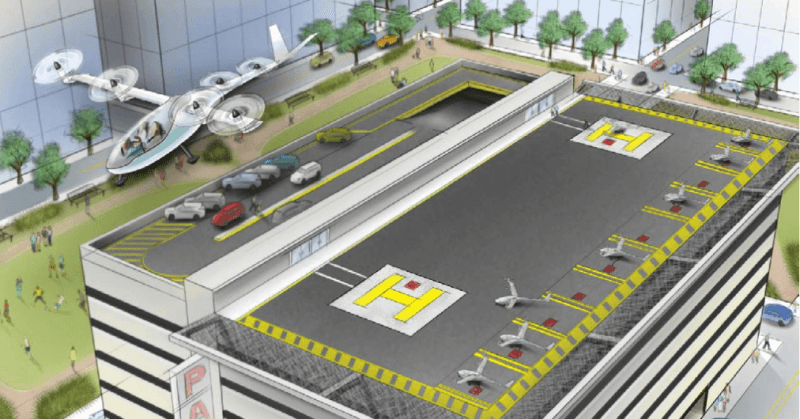 If there are challenges involved in making self-driving cars a reality, the obstacles facing flying cars — autonomous or otherwise — are ten-fold. Safety will likely be the number one concern, which will lead to heavy regulatory obligations for any company considering putting vehicles in heavily populated, built-up conurbations. Then there are issues related to noise, emissions, and technological capabilities — the latter being the part of the puzzle that is receiving most attention at the moment. Basically, the idea is: “Make flying cars possible, and worry about the other things later.”

And that philosophy does make sense. There is little point worrying about regulations and environmental factors until you’re at the stage of being able to put personal flying vehicles, other than helicopters and planes, in the sky.

The technological capabilities are perhaps at a far more advanced stage than many realize, but there is a way to go yet. Airbus’ Silicon Valley arm, A³, is running Project Vahana, the self-piloted flying vehicle platform we mentioned earlier. A³ CEO Rodin Lyasoff reckons much of the technology is already here, which is why his team is so confident that they’ll be ready to run a test later this year. “Many of the technologies needed, such as batteries, motors, and avionics are most of the way there,” explained Lyasoff.

But one of the remaining challenges, one that cannot be underestimated when operating fast-moving vehicles in built-up areas, pertains to the “sense and avoid” sensors that ensure the vehicles can circumvent obstacles off their own volition. Sure, we’re seeing many cars go to market with such smarts built-in, including Teslas, but “no mature solution” for airborne vehicles currently exists, according to Airbus. “That’s one of the bigger challenges we aim to resolve as early as possible,” noted Lyasoff.

It’s difficult to imagine a time when hundreds or thousands or millions of airborne vehicles are traversing skies around the world — though this vision has been the centerpiece of an imagined future for more than a century. But with the proliferation of self-driving cars and a growing sense that we’re on the cusp of a major technological revolution, the very notion of “flying car” suddenly becomes more tangible.

“We believe that global demand for this category of aircraft can support fleets of millions of vehicles worldwide,” added Lyasoff. “In as little as 10 years, we could have products on the market that revolutionize urban travel for millions of people.”

That so many companies are now working toward a future in which “flying cars” are a mainstream transport option makes it easier to imagine a time when this really will be a reality. Whether that’s in five years, 10 years, or 50 years remains to be seen.