Google Maps already helps you navigate your way from A-to-M-to-Z, guiding you with time estimates and re-routing based on current traffic conditions. Now, it’s about to help you circumvent the limited parking problem too.

Launching initially in 25 U.S. metro areas, Google Maps for Android will now use historical parking data to estimate how likely you’ll be to find a parking space at your destination.

The feature first reared its head a couple of weeks back in a beta build of the app, and now it’s ready for prime time. You’ll see a little parking icon at the bottom of the map that will indicate whether you can expect to make several circuits around the block before finding a space. 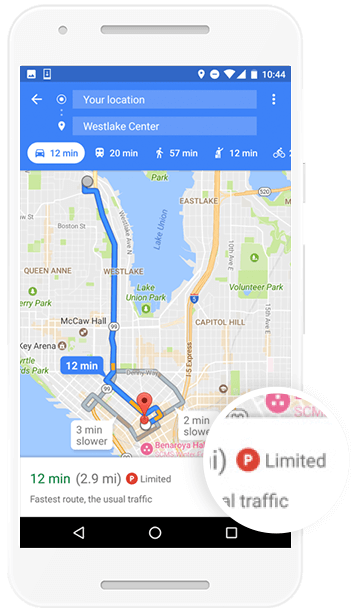 In terms of how a user may use this data, well, it may encourage them to leave the house earlier to find a space, or they could go by public transport instead. Or they could stay at home and watch Netflix.

Google garners the data in a similar way as to how they obtain data for its Popular Times feature in Google Search and Maps: by aggregating anonymized data from Android users who have “Location History” activated on their device.