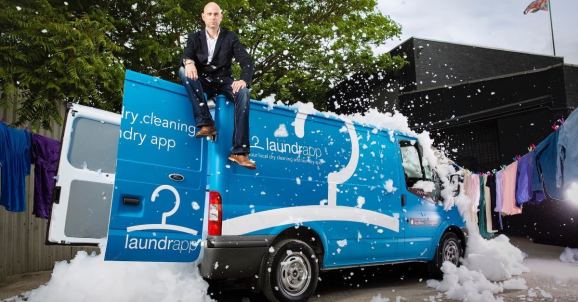 U.K.-based laundry startup Laundrapp has announced plans to expand beyond its native Blighty this year, kicking off with Australia and New Zealand this month and a further 13 markets to come shortly — including the U.S.

Founded out of London in 2014, Laundrapp is an online service for those seeking help with their laundry and dry cleaning, and includes door-to-door garment collection and delivery within 48 hours. The app on the driver’s end optimizes the routes, while the driver is tracked to “reduce operational costs and increase productivity” while also allowing customers to see where their clothes are in real time — similar to how Uber works.

Laundrapp has raised more than $12 million in funding since its inception, with the most recent tranche arriving via a £5 million ($6.2 million) round six months ago. The company stated at the time that a global launch was on the near-term agenda.

“Our rate of growth has been tremendous and, despite uncertainties about the general economic climate in the U.K., our business has never been more popular,” explained Laundrapp cofounder and CEO Edward Relf. “Laundrapp is a massive British startup and soon it will be a global success story.”

The rise of the laundry startup

Europe has spawned a number of on-demand laundry startups over the past few years, including Rocket Internet-backed ZipJet, IHateIroning.com, Washbox, and Asteria Cleaners — the latter two of these were acquired by Laundrapp and ZipJet respectively.

The U.S. has also had its fair share of laundry startups come and go in recent years, including San Francisco’s Rinse, which recently acquired the assets of its Los Angeles-based rival Washio after it went out of business, while over in New York the likes of Cleanly and FlyCleaners are vying to sift through your dirty clothes. But what we’ve really yet to see is a true established company emerge on a nationwide — or global — basis. And this is what Laundrapp is striving to achieve.

The inherent difficulties in scaling on-demand laundry startups is one that Laundrapp has duly noted, which is why its global expansion won’t involve pushing its own brand out into conurbations around the world. Instead, the company has opened up its own platform and is licensing it for other firms to use, some of whom may otherwise have been its competition. Powered by Laundrapp is a white-label platform open to any company outside the U.K. — Laundrapp will continue to operate under its own brand in its home market.

Taking on incumbents in the U.S. or any large market requires bucketfuls of capital and resources — and even then success isn’t guaranteed. And this is why Laundrapp’s approach to growing globally is smart — it’s leveraging the power of established and experienced laundry companies on a city-by-city and state-by-state basis, giving them the technology to take their businesses into the digital age.

“It makes complete sense putting this technology into their hands — working in joint venture has the best chance of success and getting the Laundrapp technology exposed to the entire U.S. market,” added Relf. “Laundry and dry cleaning is such a personal service, quality is key and it’s hard to offer such a standardized national service while retaining quality. Where I believe many have failed in the U.S. is by not putting quality at the heart of their business models, and by partnering at local level we can work with pre-existing and successful companies that already have a proven track record in this space.”

We now know that, in addition to Australia and New Zealand, Laundrapp plans to push into markets across Europe, Asia, Africa, and the Americas, including the U.S., Mexico, Turkey, Germany, China, France, Iran, and Malaysia. “The U.S. will be signed up by June with the business showcasing our partners in June in Las Vegas,” Relf confirmed. “We’re signing up partners first in California and New York. We’re taking a state-by-state approach, likely meaning we’ll be working with dozens of partners across the U.S. to focus on a much more hyper-local service, putting quality and convenience at the heart of the service.”

In short, Laundrapp will be helping many traditional laundry and dry cleaning services move into the digital age by providing the tools to connect them with smartphone-toting millennials. And in some instances, Laundrapp may also be teaming up with existing on-demand services to help them improve their own platforms. “We believe Laundrapp will become the primary digital platform for laundry and dry cleaning in the future,” added Relf.