While Android Wear has yet to fully break into the mainstream, this year veteran manufacturers are poised to release their second and even third generations of smartwatches, and new entrants continue to join the ecosystem as well. ZTE is the latest smartphone maker to enter the fray, according to marketing material shared with VentureBeat, in the form of the ZTE Quartz. 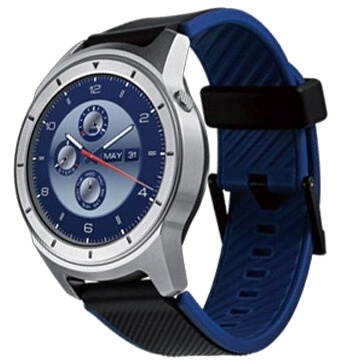 Recently spotted getting its Bluetooth certification under the model number ZW10, Quartz’s specs are still largely up in the air; the promotional materials seen by VentureBeat were still in development, and light on details. Thanks to the Bluetooth SIG, we know that the round-faced timepiece offers UMTS 3G cellular connectivity to supplement its Wi-Fi radio, perhaps allowing calls to be made and received on-wrist.

ZTE showed off two watches at Mobile World Congress 2016 in Barcelona, the Venus 1 and Venus 2, although those are primarily activity trackers that lack the robustness of a full wearable platform. Still, it would make sense for ZTE to follow up that cautious debut by unveiling the more advanced Quartz at MWC 2017 later this month.

Oddly enough, ZTE has already sold a smart device by the name of Quartz: a 5.5-inch, Android 4.3 Jelly Bean-powered smartphone. Luckily, the upcoming smartwatch can pair with Android versions 4.3 and up (or iOS 8.2 for iPhones), which means that owners of both devices will no doubt be afforded special bragging rights in the official Z-Community online forum.