Google is adding a little bit of social to Google Maps via a new lists feature rolling out worldwide today. The Android and iOS apps now let you create lists of places, share these lists with others, and follow the lists your friends and family share with you. Google Maps for the desktop can be used to view and edit the lists, plus they’re also available in offline maps. You can download the new version of the app now from Google Play and Apple’s App Store.

If you’re a Google Maps Local Guide, you’ve had the ability to create lists for a while. Google is now rolling out the ability to all users, plus introducing the option to share and follow lists.

To use the new feature, open the Google Maps app and find the first place. Tap on it, hit the Save icon, and choose one of several pre-set lists (like “Want to Go”) or a new list that you name yourself. To see your lists, go to Your Places and open the saved tab. Icons for the places you’ve saved to lists will appear on the map itself. 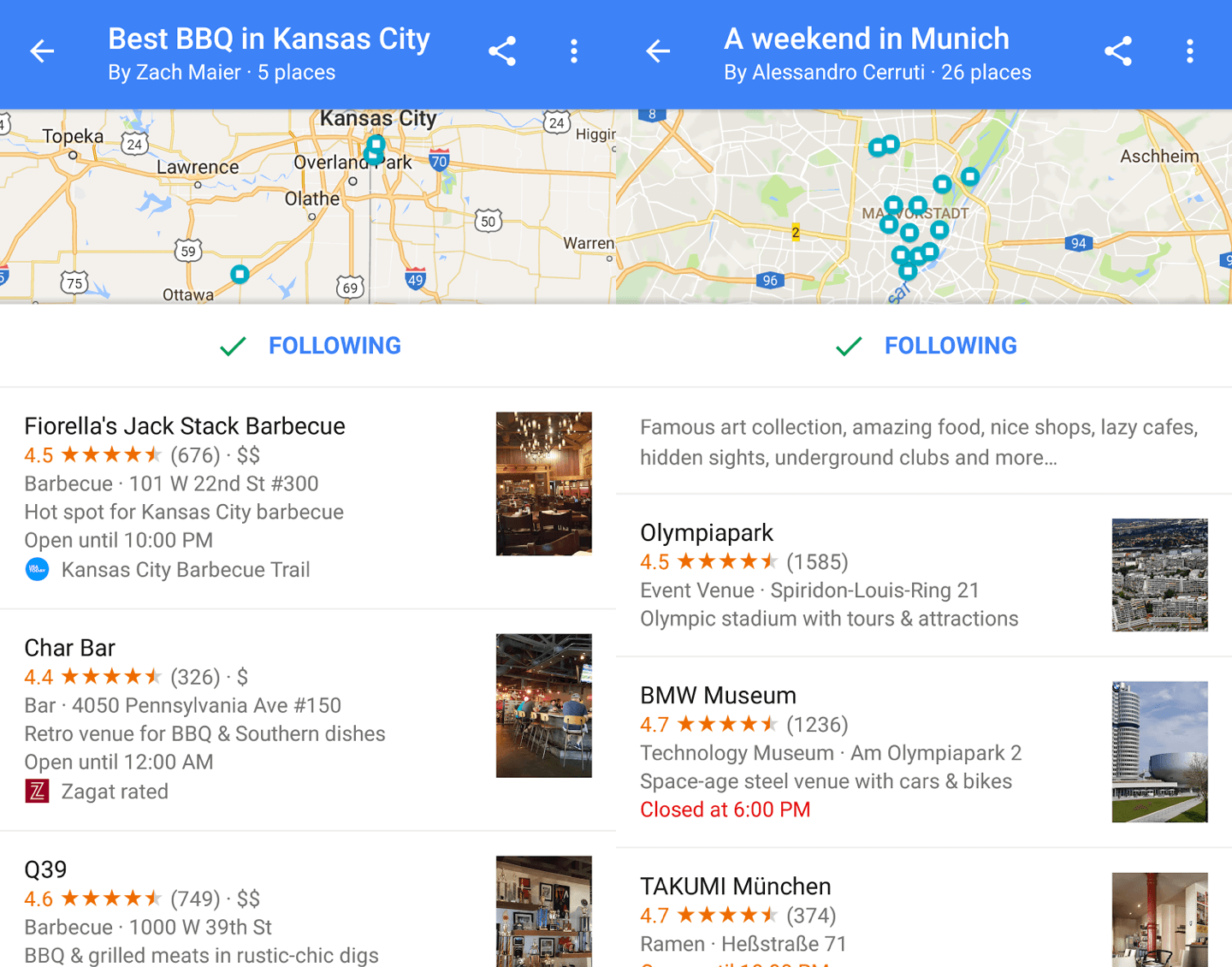 You can share lists via text, email, social networks, and messaging apps. When you receive such a link, you can tap Follow to pull up the list from Your Places whenever it’s needed. Thus, both your own lists and the ones you follow are with you wherever you take Google Maps, both on desktop and mobile. If you download offline maps of an area, you’ll be able to see all the places you’ve added to lists on the map itself. Lists can also be made public so that anyone can view them.

Creating and sharing is straightforward, but “following” is neat. A Google spokesperson confirmed with VentureBeat that lists are not static. As such, if I share a list with someone, and they follow it, I can update the list and they’ll see the changes. The same goes for if I delete a list — it will no longer be available to anyone who followed that list.

This is a great new addition to Google Maps, though there is a potential problem. These lists naturally only work with Google Maps, so using them ensures you are locked into the service. Hopefully, Google will eventually add an export function.