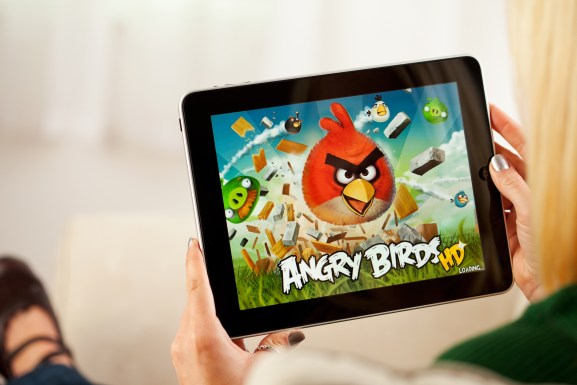 Corporate IT pros face the unenviable task of trying to protect valuable data from threats that change all the time. One vector of attack is clearly smartphones and tablets that employees use both for work and pleasure.

To that end, mobile device management firm MobileIron just came out with its latest tally of the ten most blacklisted apps, based on a survey of 7,800 companies worldwide.

Angry Birds tops the list of most-banned apps at companies worldwide, as well as in Australia, the U.S., and government sectors tracked by MobileIron in its twice-yearly Mobile Security and Risk Review. The survey covers the use of Android, iOS, and Windows devices from Oct. 1, 2016 to Dec. 31, 2016.

Obviously, Angry Birds has never been a business application, but its presence on a corporate blacklist shows just how blurred the line between personal and business use of devices has become. Companies no longer just have to worry about the security of official phone apps; they have to safeguard everything their employees download. Games like Angry Birds, for example, have been criticized by some for leaking information about users, as reported by The Guardian and other news outlets.

Facebook and Dropbox also topped the blacklist in certain regions. Dropbox’s inclusion is touchy for that company, which is pushing use of its cloud-based file storage and synchronization service into corporate accounts.

In addition, MobileIron found that more businesses are now looking to block the use of WhatsApp, the messaging app now owned by Facebook; Netflix streamed media; and Microsoft’s Outlook email app going forward.

On the other hand, Evernote and Box are among a handful of apps that have fallen off the global top ten list, which shows a broader acceptance by businesses.