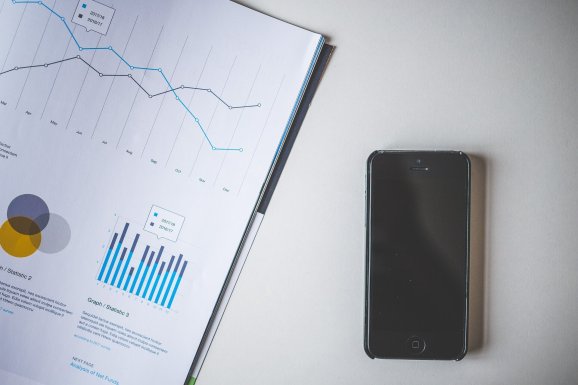 Mobile marketing is lucrative but challenging. While mobile influenced over $500 billion in sales in 2016, there are over 1,000 mobile ad networks available, creating a complex ecosystem that is hard to understand.

Importantly, IronSource discards publishers that have not achieved a reasonable traffic threshold, which makes the Index representative of data from app publishers that have real stakes in the market. The eCPM index is updated monthly to reflect fluctuating eCPM growth and decline.

In addition to the launch of the Industry eCPM Index, IronSource has also revealed the results of a study detailing a full year of tracking — the 2016 eCPM Year in Review.

One of the interesting trends to note: Rewarded video is getting results for app developers and marketers.

“The age of relying on banners as an effective advertising unit is over,” Tal Shoham, VP of International Business Development and Developer Solutions at IronSource, told me. “Users today are looking for ad units which give them some kind of value in exchange. I think we’re in the midst of a massive shift toward ad units that are not only native, or relevant, but which users are looking to engage with — ad units that solve a broken value exchange, one that is leading to phenomena like ad blocking, by offering users a clear benefit in return for interacting with an ad.”

That’s exactly how rewarded video works, and why both marketers and developers are paying attention to it. The report shows a clear trend in August and September 2016, when sophisticated advertisers started to buy on a cost-per-view (CPV) basis, creating notable growth in Rewarded Video eCPM.

“Users interact with an ad, and in return, they get to enjoy premium content for free, and that’s an ad experience that is resonating very strongly with younger generations,” Shoham said. “Gen Z, Gen Y, and even Gen X all prefer mobile reward video to other formats, such as skippable pre-roll, skippable vertical video, view-to-play, social autoplay, and non-skippable pre-roll (according to Millward Brown’s new study). Gen Z was 90 percent higher than other generations in preferring rewarded video, suggesting that teens are most likely to prefer ad formats that allow for more choice and control, and which give something back to them in return for engaging.”

And engagement is critical at a time when few apps ever make it past the 30-day stage before being uninstalled.

“In studies we’ve done we’ve seen rewarded video increase retention,” Shoham said. “We found that 30-day retention is 800 percent higher for users who are highly engaged with rewarded videos versus those who do not engage with the ads at all.”

The 2016 review also shows how hardware launches affect eCPMs across regions, how quarterly cycles and holiday seasons change the ecosystem, and that North America sees much higher growth rates than the rest of the world. 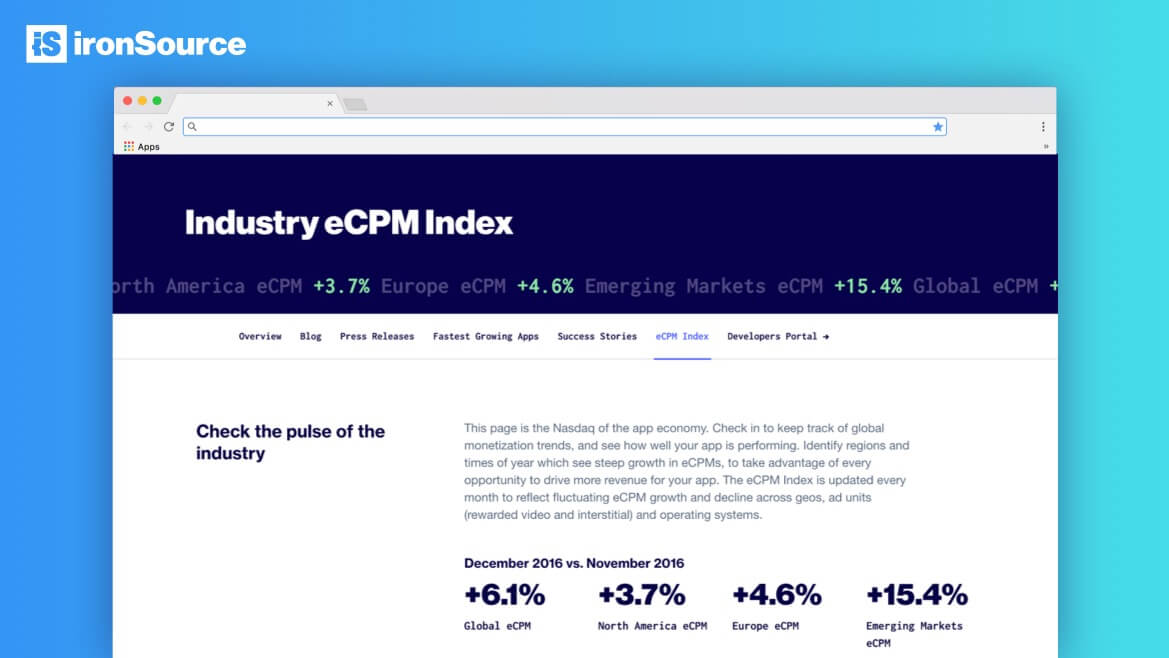 “North American users are still the most valuable because their disposable income is the highest (their LTV is also higher),” Shoham said. “The fact that North American eCPMs are higher could also speak to the fact that brands in the U.S. are further along in their adoption of mobile channels. The more the Mary Meeker gap closes, the more money we’re going to see shift to mobile and the higher the eCPMs.”

With such a complex ecosystem, and so many moving parts, how can mobile marketers and developers build a scalable strategy that works?

“Today’s fragmented monetization landscape can be incredibly confusing, and working with multiple partners takes up valuable time and resources that could be better spent on improving user experience or adding new features,” Shoham said. “Not only does integrating multiple SDKs negatively impact app performance, it’s simply not feasible for a developer to manually manage multiple ad networks in order to ensure that the network with the highest fill rate or eCPMs is always the one winning the ad inventory.”

Mediation platforms can help by providing a single SDK integration, of course.

“Ideally, developers should look for a mediation platform that covers all available ad units (video, display, rewarded, etc.), and one which provides them with the maximum amount of flexibility — such as accommodating any direct deals they might have made,” Shoham said.