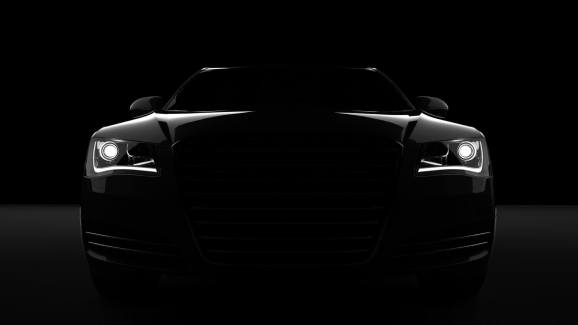 Founded out of Carlsbad, California in 2008, TetraVue has been developing what it calls “an entirely new approach” to flash LIDAR technology — a method of surveying the environment using laser-powered light. The company has made a solid-state (no moving parts) 3D camera prototype that it plans to miniaturize and commercialize across the burgeoning self-driving car industry.

For cars to maneuver through traffic at high speeds and avoid collisions, the vehicles must be able to “see” and understand the conditions around them — something that becomes all the more challenging when you factor in poor lighting and bad weather conditions. This is why quality cameras capable of processing detailed imagery at speed and distances is key if the autonomous car industry is to properly take off. Put simply, cars will need eyes and brains.

BMW and Intel recently committed to testing 40 self-driving cars on U.S. and European roads in 2017, and for the endeavor they’ve enlisted Mobileye, an Israeli computer vision company specializing in building driverless car technology. Elsewhere, Intel recently acquired computer vision startup Itseez as it looks to double down on its automotive efforts, while deep learning startup Neurala raised $14 million to help build brains for drones and autonomous cars through a software development kit (SDK) that lets developers access out-of-the-box knowledge to integrate into their products.

TetraVue says that its technology is capable of taking 2 million or more simultaneous distance measurements of ranges exceeding 200 meters “in any weather conditions,” according to a company statement. As with standard LIDAR technologies, it’s not limited to the automotive industry either — TetraVue says that it anticipates its 3D camera being used in other industries, including enterprise-level mapping and augmented reality (AR).

The Series A round announced this week represents the company’s first known outside VC funding, and TetraVue says the money will be used to help bring its camera technology to market as it strives to lead in what it calls the “vision for things (VfT)” realm. In other words, it wants to play a prominent role in connected devices’ ability to visualize their environment. Its partnerships will include car manufacturers, AI software developers, and other hardware makers seeking high-definition imagery that helps machines distinguish between objects in the environment.

“TetraVue’s LIDAR gives cars perfect vision and allows them to make better decisions,” said Connie Sheng, founding managing director at Nautilus Venture Partners. “Imagine a car being able to instantly determine if a black spot is a rock or a plastic bag.”