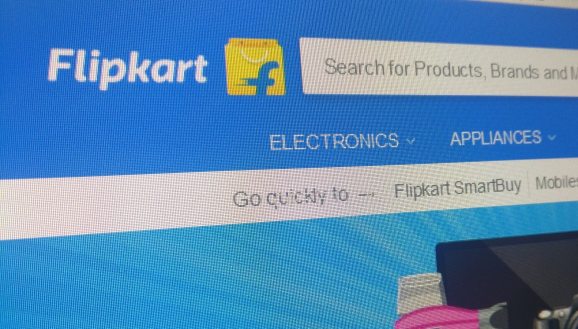 Microsoft has announced a “strategic partnership” with Flipkart that will see the Indian ecommerce titan adopt Microsoft’s Azure cloud platform.

The collaboration, announced in tandem by Microsoft CEO Satya Nadella and Flipkart chief Binny Bansal at an event in Bangalore, will initially lead to Flipkart using Azure as its public cloud platform. This serves as a major boost for Microsoft in the battle for Indian customers that’s heating up between major cloud players, including Amazon (AWS) and Google (Cloud Platform).

Founded in 2007, Flipkart is an online shopping portal for myriad goods, including books, music, and electronics — it’s often referred to as the Amazon of India. That Flipkart is steering away from Amazon for its cloud services is not entirely surprising given the duo’s competition in the region. But it’s notable that Amazon recently opened its first Indian data centers, kicking off in Mumbai, while Google committed to opening local data centers in 2017. There are many benefits for cloud service providers opening local server infrastructure — for one, the transfer of data is faster for customers based in India. But more importantly, offering local data centers helps satisfy growing “data sovereignty” concerns, as data stored digitally is subject to the laws of the country in which it is located.

Microsoft, for its part, has been catering to Indian businesses with local data centers since 2015. However, it’s worth noting here that Flipkart has been moving its data centers in-house. But Flipkart says turning to Azure will add a “layer of advanced cloud technologies and analytics” to these data centers, including artificial intelligence (AI) and machine learning smarts, and will enable Flipkart to tap Cortana Intelligence Suite and Power BI.

“Flipkart has always been committed to its vision of transforming commerce in India through technology,” Bansal said, in a statement. “Given Microsoft’s strong reputation in cloud computing, coupled with scale and reliability, this partnership allows us to leverage our combined strength and knowledge of technology, ecommerce and markets to make online shopping more relevant and enriching for customers.”

India has emerged as a key battleground for major U.S. technology companies vying to target the “next billion” internet users, with Google investing heavily in various initiatives, alongside the mighty Facebook.

India has a population of around 1.3 billion people, most of whom still aren’t online. Less than 20 percent of the population own smartphones, however things are changing fast, with some estimates indicating that India is about to overtake the U.S. to become the world’s second-biggest smartphone market in terms of units shipped. Indeed, Apple is expected to begin manufacturing the iPhone in India as early as April, while BlackBerry recently signed a licensing deal to sell smartphones to more than 1 billion people in the region.

Put simply, India is ripe for growth, which is good news for consumer-focused companies such as Flipkart, as well as for the cloud-service partners they rely on, such as Microsoft.

“At Microsoft, we aim to empower every Indian and every Indian organization with technology, and key to this is forging strategic partnerships with innovative companies like Flipkart,” added Nadella. “Combining Microsoft’s cloud platform and AI capabilities with Flipkart’s existing services and data assets will enable Flipkart to accelerate its digital transformation in ecommerce and deliver new customer experiences.”