China-based mobile internet company Meitu is introducing a new smartphone with a unique proposition — to help you always capture the perfect selfie. The Meitu T8 is the first in the brand’s T series and comes equipped with a 21-megapixel camera on the back and a 12-megapixel dual-pixel quality camera on the front. It also includes DSLR-like camera features and its own technology to ensure the selfie generation will have great shots no matter the situation. 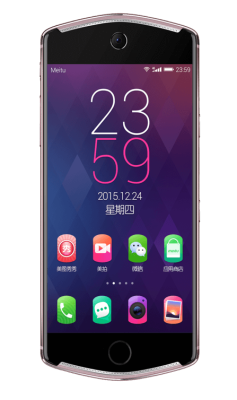 Above: The front of the Meitu T8 smartphone.

The smartphone will go on sale on February 21 on Meitu’s website and be sold through online retailers Tmaill, Suning, and JD.com starting February 22. It’s priced at $479 (3,299 RMB) and will only be available in Mainland China, Hong Kong, Macau, and Taiwan.

The Meitu T8 is the third in a series of phones produced by the company, and each model was developed for a particular audience. The M series is aimed at “fashion-loving users,” while the V series is considered the flagship model, with premium offerings. The new T series, which is for those with an interest in “cutting-edge technologies,” blends features of both the M and V series.

With a full metallic body in a hexagonal form factor, the T8 weighs 5.99 ounces (170 grams) and has a 5.2-inch AMOLED full high-definition display with 1920×1080 screen resolution. Inside is a MediaTek Hello X MT6797 2.3GHz processor, 4GB of storage and 128GB of hard drive space with a nano SIM card port. There’s also a 3,580mAh battery, which supports fast charging. Since Android is not available in China, Meitu is using its proprietary operating system, MEIOS3.5.

There’s a 21-megapixel rear camera with an f/2.2 aperture and a 12-megapixel, dual-pixel front camera with an aperture of f/1.8. The company has added auto focus, optical image stabilization, noise-reducing ISP, and a smart fill light to the smartphone. It can also record high-definition videos at 1080p resolution with a 30-second frame rate.

“Meitu is devoted to the selfie beautification field and really wanted to create a product to help our users step up their selfie game. And what better way to do that than reimagine the very tool they use to capture their selfies?” a Meitu spokesperson told VentureBeat. “A selfie phone is the perfect complement to our mobile selfie apps and the ultimate selfie tool.” 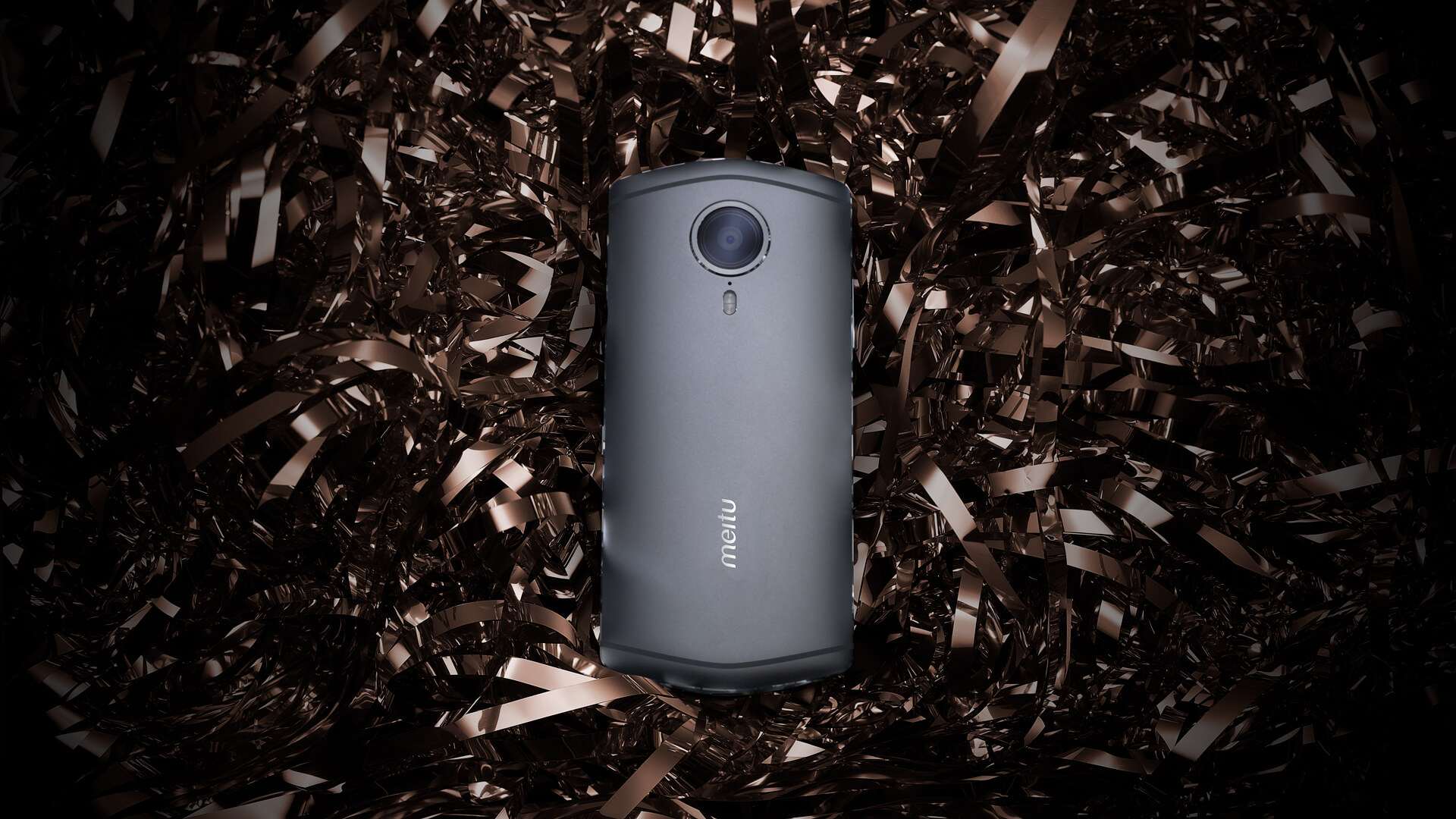 Above: The diamond grey version of the Meitu T8 smartphone.

And since it’s a Meitu device, the T8 also includes the company’s artificial intelligence technology, which beautifies selfies. After a picture is captured, the software goes to work detecting the faces, skin tones, genders, and ages of everyone in the photo. Then it will apply techniques to improve the image, such as whitening teeth, eliminating skin flaws, and applying a stylish filter — all in real time.

Smartphone makers have been slowly improving their front-facing cameras for some time, though most still have room for improvement. But Meitu, a company with a popular photo-editing app that has been installed on more than 1.1 billion devices, sees an opportunity to provide a product consumers want while also harvesting enormous data from users who are obsessed with selfies.

“Meitu Phones have the advantage of access to big data from Meitu, Inc. regarding facial beautification, as well as our company’s beautification technology experience gained in the past nine years. We paired this big data and our AI technology with DSLR-like camera performance to create the most advanced selfie phone for our selfie-loving users,” we’re told. 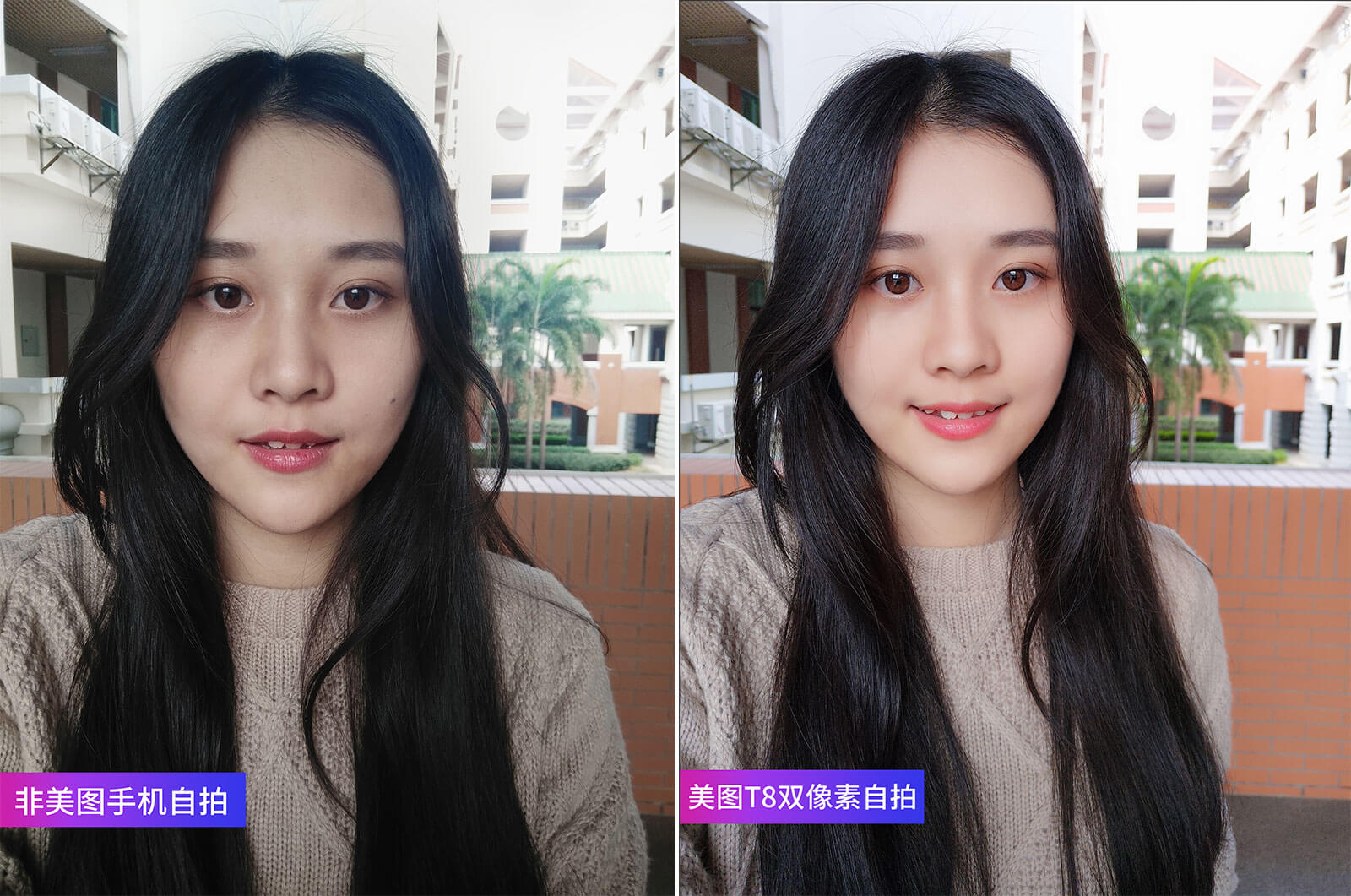 Above: Selfie before and after the Meitu T8 smartphone.

But while Meitu’s app has been incredibly popular in terms of downloads, it has also raised concerns over privacy. In January, Meitu’s namesake product made its way across the Pacific to the U.S., where it quickly caught on. But before long, some questioned why the app needed access to all the personal data it required. Meitu responded to inquiries by saying that it does collect data like unique identifiers, GPS location, cell carriers, and more, but its “sole purpose for collecting the data is to optimize app performance, its effects and features, and to better understand our consumer engagement with in-app advertisements.” The company denied that it is selling user data.

The Meitu T8 will be available in “magical orange,” “jazz gold,” “dazzling blue,” and “diamond grey” colors. A “phantom black” special edition smartphone is also being made available, co-designed by Hong Kong model and singer Angelababy.