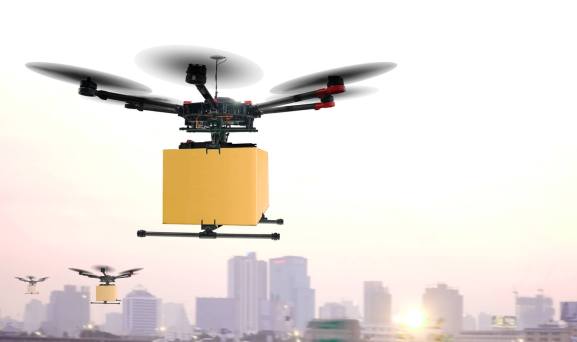 AirMap, which provides an airspace management platform for drones, has raised $26 million in a Series B round led by Microsoft Ventures, with participation from Qualcomm Ventures, Airbus Ventures, Rakuten, Sony, Yuneec, General Catalyst, and Lux Capital.

Founded out of Santa Monica, Calif. in 2014, AirMap is just one of a number of players in the burgeoning drone industry. But while countless companies battle it out to own the airspace, others are working behind the scenes to manage the logistical and safety aspects of putting unmanned aerial vehicles (UAVs) into the skies — and AirMap is one of the latter.

The startup touts itself as an airspace intelligence platform that creates the technology for developers and drone operators to ensure that their UAVs fly safely. Part of this involves enabling drones to communicate with each other. AirMap’s data and services are embedded into drones, ground control stations, and flight apps, and the company is already working with the likes of Intel, 3D Robotics, Aeryon Labs, and DJI. More than 125 airports also use AirMap’s airspace management dashboard, according to the company.

Prior to today, AirMap had raised around $17 million in funding, and with this latest cash injection it plans to “accelerate the global adoption” of its airspace management platform. But over and above the dollar amount, AirMap’s funding partners are of particular interest here.

While the likes of Amazon, Google, and Facebook have recently associated themselves with drone technology for various use-cases, Microsoft has been fairly quiet on the drone front. It does have a research project that it calls the Aerial Informatics and Robotics Platform, which is essentially a simulator-based environment that enables researchers to write code to control and train aerial robots — in fact, Microsoft recently open-sourced this system. The fact that Microsoft’s VC arm is now serving as lead investor in AirMap suggests that the company could be ready to ramp up its drone activities.

“AirMap is a leader in low-altitude airspace management and will play a pivotal role in shaping the future of the drone industry,” said Nagraj Kashyap, corporate vice president of Microsoft Ventures. “We’re excited to support their growth and, by extension, the growth of commercial and recreational applications for both piloted and autonomous drones. We believe that by investing in companies like AirMap, Microsoft’s resources, platforms, and AI technologies can help fuel the future of the drone ecosystem.”

AirMap’s other investors are notable, too — Qualcomm is a major chipmaker with a recent history of partnering on drone projects. Airbus has demonstrated similar interest and recently announced plans to have a self-piloted car prototype ready by the end of 2017. Yuneec is a major Chinese aircraft manufacturer. Put simply, AirMap’s investors are arguably more important than the amount of money they’re plowing into the startup.

“The strategic partners participating in our Series B financing reflect the diversity of the drone ecosystem and the potential of drones to benefit every sector of our economy,” explained AirMap CEO Ben Marcus. “Very soon, millions of drones will fly billions of flights. This is a future that depends on safe, autonomous drone operations at scale. AirMap’s technology will make this future possible, allowing the drones of today, and the autonomous drones of tomorrow, to take flight.”

Drone technology is ripe for investment, with the likes of Boston-based deep learning startup Neurala recently raising $14 million for its Brains for Bots software development kit (SDK) that lets developers access AI smarts — including computer vision capabilities — that they can integrate into their products. And just last week, MassRobotics opened as a collaborative working space in Boston for robotics startups, including those focused on drones.

The surge in drones is partly attributable to a recent ruling by the U.S. Federal Aviation Administration (FAA), which ushered in new regulations to bring simplicity to the growing drone industry. The new rules are aimed at “non-hobbyist” unmanned aircraft weighing less than 55 pounds, which covers many drones used by businesses. Recent estimates suggest that opening U.S. airspace to drones could generate more than $82 billion for the U.S. economy over the next decade.