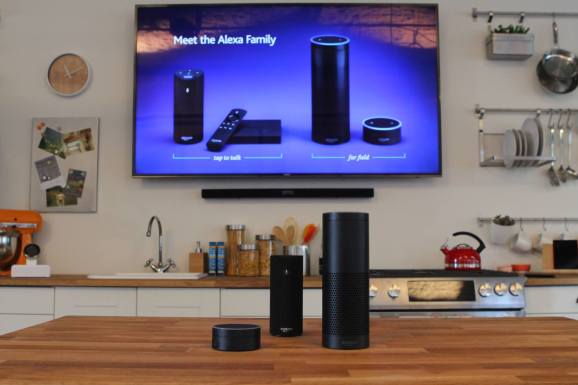 Amazon today announced that there are now more than 10,000 Alexa skills available on devices like the Amazon Echo. By comparison, there were roughly 130 skills available last January, and Amazon surpassed the 5,000 mark just last November.

Skills have been created that allow you to order chicken wings, send text messages, control your car, or boost your self esteem. All can be enabled or shared from the Alexa Skills Marketplace.

Amazon opened up Alexa for third party developers to create their own skills in June 2015. The company has declined to state the specific number of developers using the Alexa Skills Kit except to say tens of thousands of developers are currently making skills.

The most popular categories for skills (in descending order) are News, Gaming, Education/Reference, Lifestyle, and Novelty/Humor, according to a blog post by Alexa chief evangelist Dave Isbitski.

Currently the top 10 skills enabled by Alexa users, according to the Alexa Skills Marketplace are:

New arrivals to the top 10 in recent weeks include Ditty, Curiosity, This Day in History, and occasional appearances from the Fox News flash briefing. Beyond these changes, much of the rest of the most enabled skill category is relatively unchanged since VentureBeat compiled a list of the 10 most popular Alexa skills at the end of 2016.

While Alexa boasts far more services from third-party developers than competitors like Google Assistant, which hasn’t broken 100, not all skills are made equal — just like the early days of mobile app stores. The 2017 Voice Report from voice analytics company VoiceLab found that only 3 percent of Alexa skills and Google Assistant actions get return visitors after their first week in use.