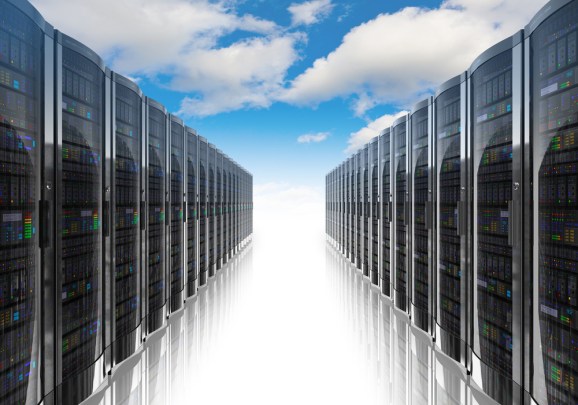 About once a decade, a new computing platform comes along and forever disrupts modern life. The smartphone was one such watershed moment, and now we’re facing another: the coming invasion of thinking machines.

Powered by ubiquitous computing and cloud technology, artificial intelligence is very quickly moving from the realm of science fiction into a “it’ll be here before you know it” situation. Most of us are only now making peace with the idea that our digital lives can follow us around from place to place, but now we’re being forced to think about a swarm of computers that can intuit, make decisions and even second-guess its human masters.

Yes — the merging of cloud computing and AI will change the world. What does that actually mean, and who do we have to thank for delivering us into this uncharted world?

An artificial intelligence-powered cloud of computers isn’t going to be science fiction for very much longer. In fact, most of today’s most powerful computer and technology companies are hitting the ground running and hoping to corner the market. Why? Because it’s too consequential to ignore. AI and cloud technology are either going to change life across the globe in some spectacular ways or blow up in our faces.

Apple, Amazon, Google, and Microsoft all know this, and it’s why they’re joining forces for a combined, focused, and ethics-based journey into the uncharted territory that is AI research. Although we’ve long been told the global economy thrives on competition, this is one area where cooperation — not a scattered marketplace full of half-baked and potentially harmful ideas — is likely to develop the best product.

At the same time, they are still forging ahead in their own respective labs. Individual progress continues, as it always does.

Microsoft, for one, recently grabbed a world record: It took definitive steps toward what’s being called the world’s first AI cloud supercomputer. It’s how the company was able to translate every English-language Wikipedia page — all 5 million of them — in less than a tenth of a second. Try that with human translators!

Naturally, Google isn’t far behind. Machine learning — building computers that can adapt to changing conditions and discover patterns — fuels the company’s internet-crawling algorithms, and now Google is looking to apply that kind of technology to the rest of the services it offers.

Recently, Google upgraded its key infrastructure assets with higher-powered GPUs in order to improve its efforts on what it calls “deep learning.” Computers can’t get smarter without a lot of brainpower, after all. The tech giant also put together a task force called the Google Cloud Machine Learning Group. This will serve as the B2B face of Google’s commercial intelligent machine offerings when the technology comes of age.

Finally, IBM — long a titan in computer technology innovation — is making decisive moves into AI-driven cloud technology. You may be familiar with the name Watson, the moniker IBM gave to its chess-playing artificial intelligence. Watson is now driving IBM’s efforts to solve real business problems. AI, the company says, could be the key to identifying patterns and opportunities that flesh-and-blood humans might not pick up on.

The debate is over

Martin Schroeter, CFO and senior vice president of IBM, declared during a recent earnings call that the debate is over when it comes to artificial intelligence. He’s absolutely right: Like the fever dream that is driverless cars, AI isn’t just inevitable — it’s moving more quickly than even trained prognosticators could have anticipated.

What’s left is to figure out the difficult ethical dilemmas that come from this kind of world-changing technology. This is uncharted territory, legislatively speaking. Most of us have only just gotten used to the cloud itself, and now that we’re faced with the idea of a ubiquitous swarm of computers that can, after a fashion, reason for itself, many folks are understandably hesitant.

What’s going to happen when the breakneck pace of Silicon Valley innovation runs into the glacial legislative speed of Washington, D.C.? Nobody really knows yet. Scientists, researchers and interested parties like Stephen Hawking and Elon Musk are already petitioning the government to take this kind of research seriously and start issuing responsible, proactive legislation to make sure things don’t move too quickly or go off the rails before they’ve even begun.

Thankfully, due to his inclusion in the new American president’s Manufacturing Jobs Initiative, Musk has the ear of our current administration and could help bring reason and balance to a government that seems to hold both in contempt. Machines capable of learning are going to have a profound and long-lasting impact on design and manufacturing, computing, and employment in this country and many others. The more brilliant minds we have tuned into the discussion, the better off we’re going to be.