Google is doubling down on its efforts to expedite the rollout of Rich Communication Services (RCS) with the news that it’s launching with 27 carriers and device manufacturers globally.

Initially launched as a project under the GSMA in 2008, RCS is touted as a successor to SMS, one that mimics modern messaging services such as WhatsApp in that it offers additional features, such as group messaging, IP voice calls, and file-sharing. But unlike mobile messaging apps, it works over cellular networks irrespective of a user’s client, operator, or device. 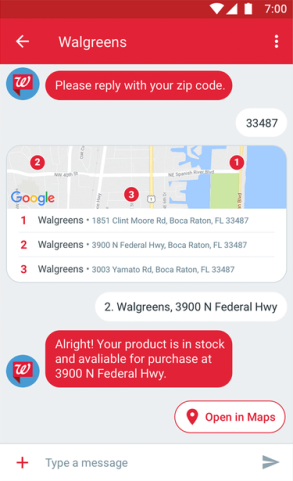 Google’s involvement with RCS stems from the company’s 2015 acquisition of Jibe Mobile, a startup that helps networks develop support for various messaging features in their services. RCS received a major boost last February when Google and a number of global operators announced plans to accelerate RCS development — the networks agreed to “transition toward a common, universal profile” based on the GSMA’s RCS specifications. Google would also develop an RCS client app for Android. In the intervening months, Google has brought RCS to Sprint in the U.S., Rogers in Canada, and Telenor in some European and Asian regions.

Today sees the RCS initiative expand considerably with Orange, Deutsche Telekom, and Globe now on board, interconnecting through the Jibe platform to ensure cross-platform interoperability. For RCS to realize its full potential, however, it also requires buy-in from handset manufacturers, which is why Google is rebranding its native Messenger SMS app as Android Messages and has reached an agreement to make it the default messaging app on devices from LG, Motorola, Sony, HTC, ZTE, Micromax, HMD Global (Nokia), Archos, Android One, and others.

“With these partners, we’re upgrading the messaging experience for Android users worldwide and ensuring a consistent and familiar experience for users,” explained Google’s RCS head, Amir Sarhangi, in a blog post. “We’ll continue to add more partners over time.”

While RCS is by no means limited to Android from a technical standpoint, without Apple’s involvement it will likely remain an Android-only affair for the foreseeable future — and this could prove a stumbling block if RCS is to properly succeed SMS. In some respects, it feels like RCS should have been a priority a decade ago — since then, WhatsApp, Telegram, Viber, Facebook Messenger and the many other messaging apps out there just have too much mindshare and market share.