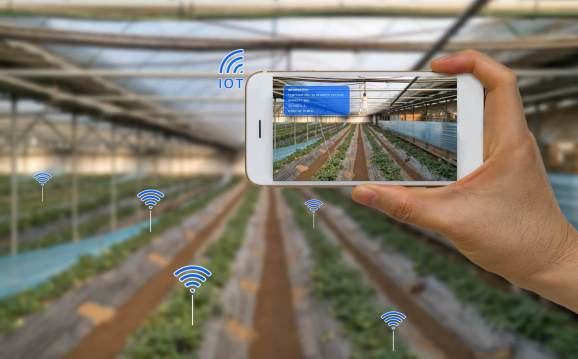 Major changes are coming to the ag and food sector. The market demands it. 7.5 billion people need to eat, after all. We are seeing two core areas of innovation in the ag sector:

1. Technology is changing the way growers access and disseminate information. Consider innovations like remote sensing by established player Planet Labs or startup SaraniaSat that give growers virtual “eyes in the sky,” helping them track their crops’ growth and overall health. Genomics and plant sciences, seed tech, biologicals for crop protection and regulation, digital Ag (application of data and predictive analytics to precision Ag) and novel farm systems, are also transforming agricultural practices — from the moment a seed is placed in the ground to the moment a consumer picks up a product from the retail shelf.

2. Consumers and retailers are demanding more transparency about where their food comes from, how it is produced, how healthy it is, and how its production impacts the environment. Growers and manufacturers must work to meet these transparency demands, all while doing more with less.

Even with the downturn in 2016, AgTech has emerged as a full-fledged asset class. Overall deal activity spiked to the highest numbers to date with 580 deals closed and $3.23 billion invested. Seed stage deals were particularly strong in 2016, accounting for 57 percent of total deal activity — representing a 16 percent year-over-year increase and $230 million of investment, up 77 percent from 2015. According to the 2016 AgTech Investing Report, this growth is largely attributable to the growing number of resources available to early stage startups.

But while Millenials are starting software companies in their bedrooms and seeing $1 billion valuations within a few years, we still haven’t seen a single AgTech unicorn. Given the need to double food production by 2050, we can expect to see AgTech continue to grow as an investment target. But how big can an AgTech player get? Will we ever see a unicorn?

Why the Silicon Valley software model doesn’t work for AgTech

The comparison between the Silicon Valley unicorns and the AgTech model shows us why we’re AgTech isn’t adapting to the software model of business growth:

First and foremost, it’s about speed. Think of a typical software startup demo-ing its product. The team might get 30 minutes to demonstrate value during an office visit. However, to prove an agricultural innovation’s worth, an AgTech startup has to conduct a field trial — in an actual field! For most crops, growing cycles are limited to once a year, with plants taking three to four months to fully develop. It’s quite literally like watching grass grow.

It’s also about location. AgTech inherently needs space. So entrepreneurs, investors, and acquirers are widely dispersed across the country and around the globe. Compare that to Silicon Valley where many, many players are clustered together within a 50-mile radius. As technology continues to evolve, though, the physical barriers to AgTech will not impede the flow of ideas and progress as severely as they have in the past.

Relationships are key. In an industry strongly rooted in personal relationships with razor-thin margins, many farmers are wary of new technology and equate innovation with risk. They have historically done business with, and gotten their information from, dealers they’ve known and trusted for years — or even generations. However, that is starting to shift as farmers become frustrated by the lack of transparency in the agricultural supply and information chains. Increasingly, they’re stretching beyond their comfort zones and are turning to new intelligence and technology sources, such as HarvestMark, the Farmer’s Business Network or CropX, to make better-informed decisions on everything from seeds and irrigation to agronomics and food waste.

A strong seed investment stage is essential. Because AgTech innovation takes more time and deeper relationships than software innovation does, seed-stage companies in AgTech require more capital. Still, no matter how much money a company has, it cannot make a 90- to 120-day crop cycle mature faster or buy a farmer’s trust. $100,000 might be enough to write code and build an app that can make it or fold within four months,  but it’s not nearly enough to conduct a six-month (or longer) field trial for an AgTech innovation. As such, AgTech seed investors must make investments based on milestones, not dollar amounts. And if they are not willing to back a company for at least one full year, it will be very difficult to generate the data needed for the next round of financing/a Series A.

But while the name of the AgTech investment game is patience in the beginning, the good news is that, in the post-seed stage most AgTech deals follow an acceleration curve similar to what we see in other tech sectors.

Where AgTech startups can go wrong

Similar to many enterprise and consumer tech entrepreneurs, AgTech innovators often lack focus and try to do too much, too quickly. That’s why it’s so critical to establish and track realistic expectations and specific milestones from the very beginning. All players — from the entrepreneur(s) to Series A investors to potential acquirers — must understand what they need to do and see, and when. From there, a financial investment and operations plan can be developed that maps the execution of these milestones. At the AgTech seed stage, one milestone per year is standard.

Next, AgTech entrepreneurs must focus on cultivating relationships. The relationships differ a bit from the typical Silicon Valley startup. In AgTech, relationships with knowledgeable VCs are still critical, but entrepreneurs must also engage growers and corporate partners who can help them execute their strategy. One way to do that is to establish an advisory board. Every early stage company needs one, but I’d argue it is even more important in AgTech. Finding and creating the right network can quickly make or break an AgTech innovation.

So, what about that unicorn?

Though not quite “unicorn status,” Monsanto’s acquisition of Climate Corp ($960 million) and Bayer’s acquisitions of Athenix ($365 million) and AgraQuest ($425 million) are early indicators of deals to come. Savvy AgTech entrepreneurs are recognizing that consolidation will result in less internal innovation within the established Ag players — and greater opportunity for them.

It took Silicon Valley 50 years to become a unicorn-producing machine. As highly specialized investors, customers, and entrepreneurs work together to grow the AgTech category, the time to create, build, and prove their technology will decrease and winning innovations will take hold. We will see an AgTech unicorn one day, but as is always the case in this industry, it will take some time — at least another five years.