To extend the reach of its location-centric technology, Foursquare has launched a software development kit (SDK) that lets third-party apps send messages targeted by where a person is in the world. The company is opening up access to Pilgrim, its software that both its namesake and check-in apps use to surface the appropriate tips when someone walks into a bar, restaurant, store, or venue.

With the new Pilgrim SDK, brands, marketers, and developers can do more with location data. After all, it’s powered by a company that has been warehousing this information — provided voluntarily by ordinary customers — for years. As Foursquare president Steven Rosenblatt explained in a blog post, Pilgrim “understands how mobile phones see the world and how those phones move in and out of millions of locations worldwide…”

Have you ever used an app with your location enabled? In some instances, you might step out of your office and that app could automatically alert you of a special at a nearby convenience store or a coupon for a meal at a restaurant two doors down. Foursquare’s new SDK does not give you the content around specific messages — that’s for the brands to decide — but it provides the capability, along with enormous understanding of location gleaned from the more than 90 million places worldwide that it has tracked, all without beacons or geofencing.

Foursquare already offers developers access to its database of places through its API, but Pilgrim is the intelligence that recognizes a phone’s location, environment, and what a user might be interested in at that moment. The technology leverages signals from Wi-Fi, Bluetooth beacons, GPS, and other sources to better understand circumstances and implement logic. 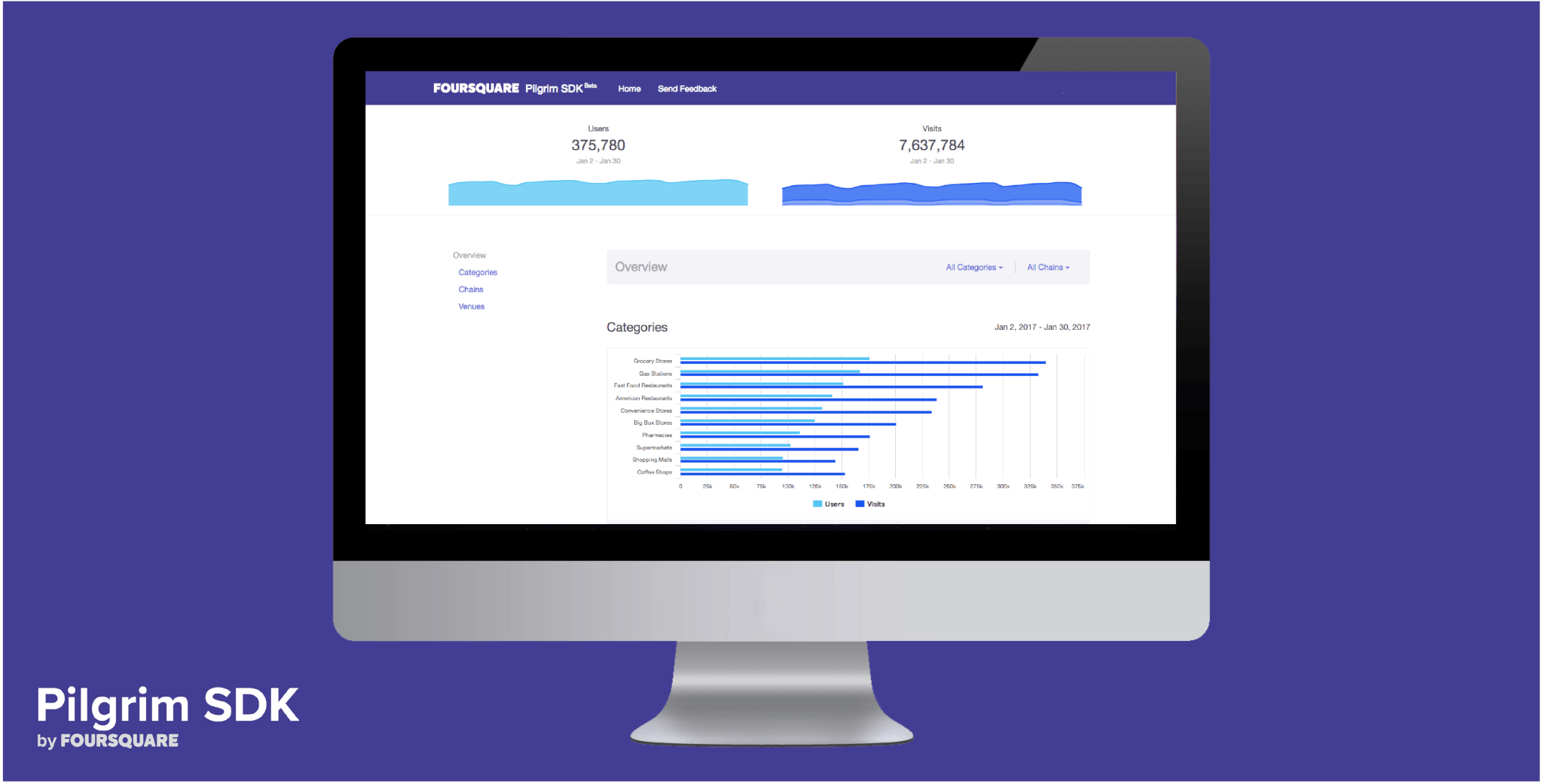 Developers can use the intelligence from Foursquare’s Pilgrim to determine under what conditions specific messages should be delivered to users. In an example provided by the company, you walk out of a hotel lobby in a new city and receive a notification from the hotel’s app providing you with suggestions of nearby places you might like, such as the closest yoga studio (for a yogi) or an area brewery (for a beer-lover). Additionally, businesses could send alerts about promotions to frequent customers when they’re near the store, and much more. “This is just the beginning of what’s possible when the magic of Foursquare location intelligence technology is built into other great consumer apps,” the company told VentureBeat.

Pilgrim doesn’t have to operate in a silo, either, as Foursquare has made it compatible with mobile marketing automation, data, and analytics tools — such as Urban Airship, Appboy, Localytics, mParticle, and others.

“Over the past few years, we’ve been developing and refining the Pilgrim technology, and we know firsthand how powerful it is; it’s the foundation on which we have been able to build the success of our consumer apps and our enterprise and media solutions. Now we’re thrilled to share the magic of Foursquare externally through Pilgrim SDK,” Rosenblatt said. “There is a whole world of millions of apps that could be serving its users with more contextually relevant content, and we’re excited for them to use Pilgrim SDK to be able to reach their users with the right message at the right time and place.”

Some of the first developers with access to this SDK include Capital One, SnipSnap, Raise, Retale, and TouchTunes. Foursquare declined to cite specifics around pricing but said that there will be different tiers based on the number of users and that it will negotiate commercial technology licenses.