Octane AI has hit a milestone four months after introducing its bot creation platform to the world. The company announced today that it is moving out of private beta and is giving the 10,000 people on its waitlist access to the service. In addition, a new feature has been launched — called Convos — which provides a way to take blog posts and convert them into a form made specifically for bots within Facebook Messenger.

“When we launched in private beta, you could create a bot for Messenger without doing anything technical. You chose what features you wanted in your bot. It wasn’t exciting, but [it was] useful,” Matt Schlicht, Octane’s chief executive, told VentureBeat. “The usefulness was that if you have a large page on Facebook, you have a lot of messages but no one to respond to them. The concept of using Octane AI is that those messages would be responded to by a bot — you’re opting in to get messages in the future, something that’s more valuable to our customers than a black hole.” 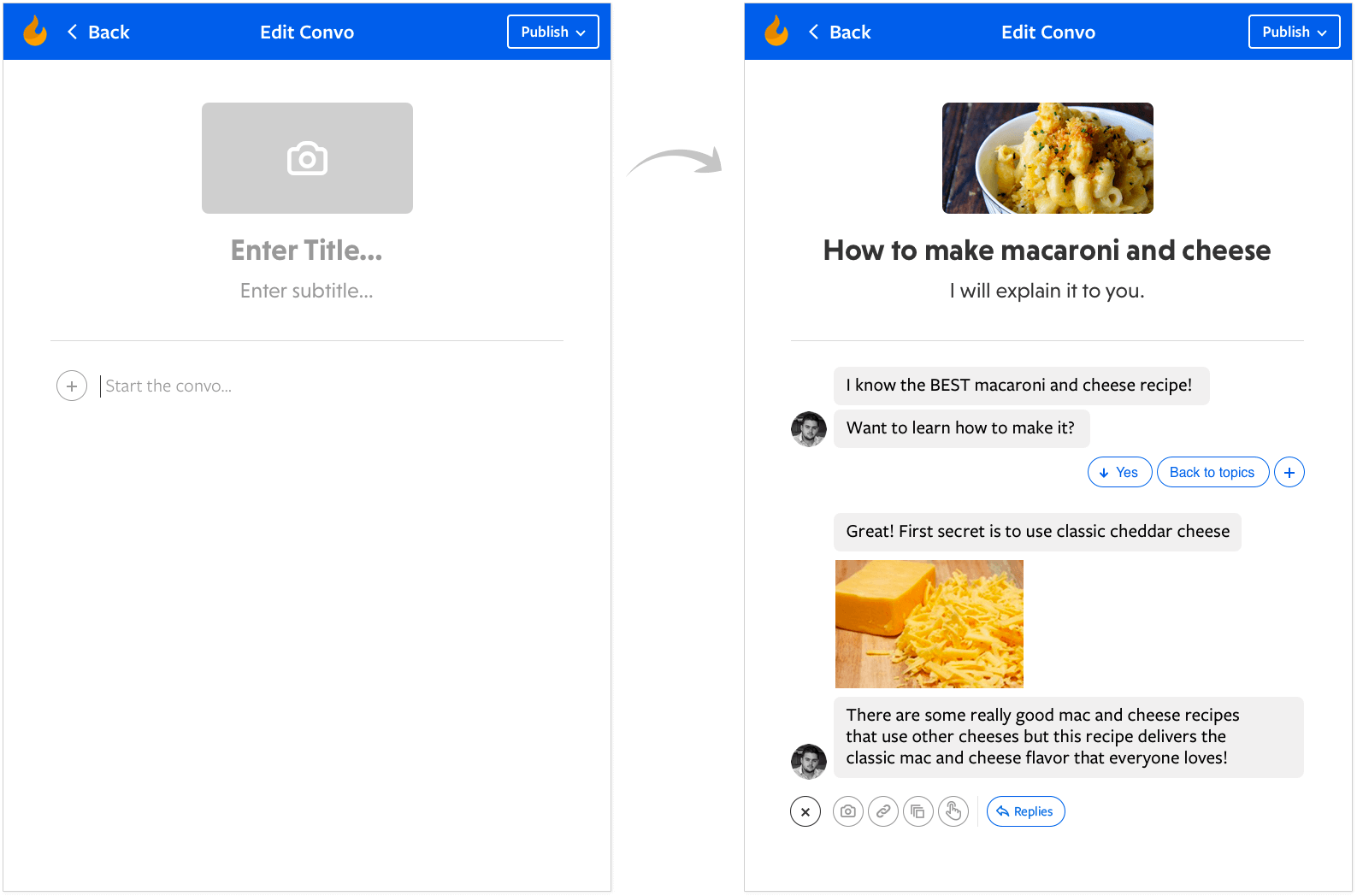 He said that the initial plan worked out really well, but there needed to be a way for his company’s clientele to grow their audience beyond simply saying “talk to my bot.” And herein lies the problem with bots: While they have become more recognized, thanks to Slack, Kik, WeChat, and Facebook Messenger, the value of bots has been overhyped and they’re not consistently drawing users back. This is part of why Convos was launched — “How do you make content that’s native to the experience, in a way that’s no longer technical but the same process and idea as writing a blog post?” Schlicht asked.

Convos is available through the Octane dashboard and provides an interface that’s as simple as penning a Medium post and adding it to any bot. Customers create stories they want and insert as much text as they want. The point is not to drone on, but to make it conversational.

Each convo can include action buttons, similar to what Slack offers, which makes the whole experience akin to a “Choose Your Own Adventure.” Almost everything is customizable within the admin panel and all convos are given a unique web address that can then be shared across social media. It’s also possible to include media that’s supported through normal Facebook Messenger chats, such as emojis, GIFs, audio and video native files, links, RSS feeds, and more.

Convos can be organized into different “magazines,” again similar to what is provided within Medium, and you can link to other conversations. So if this article was in a bot, there might be buttons that could ask if you wanted to read more or view additional information about bots, Facebook, or other pertinent topics.

“Everyone has a perception of what bots are — they’re now based on what exists in the market. They’re made for single use, a short-term attention thing. You’re doing it for a limited time, and it’s really a waste of investment,” said Octane cofounder Ben Parr. “Octane is about long-term attention, building long-term rapport with the audience, consistently engaging with them.” 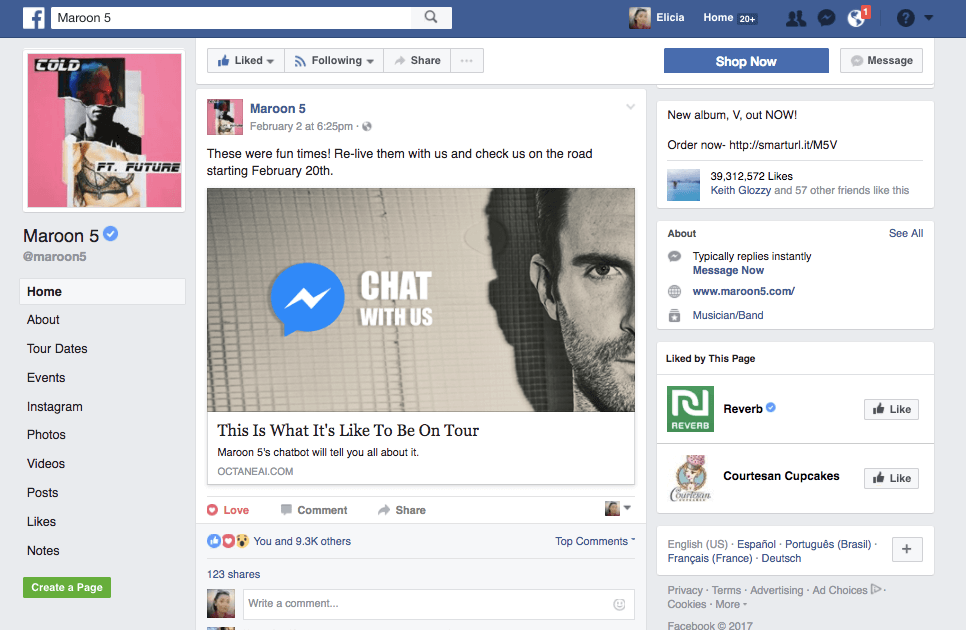 Above: Convos within Octane AI bots can be shared on social media.

The addition of Convos gives Schlicht and Parr’s company an opportunity to showcase what bots can really do. Previously, developers could add forms, hold contests, launch products and apps, provide customer support, and auto-reply to specific phrases and words. But facilitating interactive conversations could incentivize brands, celebrities, and others to create a bot with real meaning.

Schlicht is cognizant that by opening Octane up to more people, there’s a possibility that the platform will be used to create some horrible bots, but he believes his team’s expertise and use of best practices could help turn out some exceptional bots. “I would absolutely agree that the vast majority of bots are not great at all, but we’re still early on,” he said. “It’s okay, but what we find interesting is that almost everyone building a bot is focused on the technology. The usefulness isn’t there — maybe [bots] are overreaching, or maybe they’re getting a lot of notifications that take you outside of the messaging experience, which over time, can be overwhelming.”

The hope is that we’ll start to see bots that are content-based rather than feature-based.

Currently there are no fees associated with building a bot through Convos, as Octane wants to know what people are doing with it and to spread the word that it’s the “best product out there.” As Schlicht explained, “most people won’t pay us unless we’re helping them make money.”