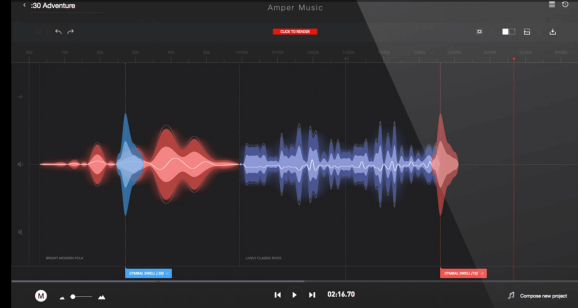 Artificial intelligence (AI) is often associated with complex algorithms and automation — nothing that screams creativity. Amper Music, a New York-based startup, wants to change that and today announced a funding round of $4 million to help people create music using AI.

With Amper Music’s tool, individuals and businesses can compose music regardless of their musical experience or skill. Users simply select a sentiment they want to convey and the desired length of the track and then hit “Render.” The AI then delivers a composition based on these categories in just a few seconds.

“Neural networks are not the only way to do AI,” said Drew Silverstein, cofounder and CEO of Amper Music, in an interview with VentureBeat. “Instead of solely feeding Amper data, we are fundamentally teaching Amper how to be creative.” If the users aren’t satisfied with the result, they can edit the melody by tuning the bass, picking up the tempo, or adding a new instrument, for example. 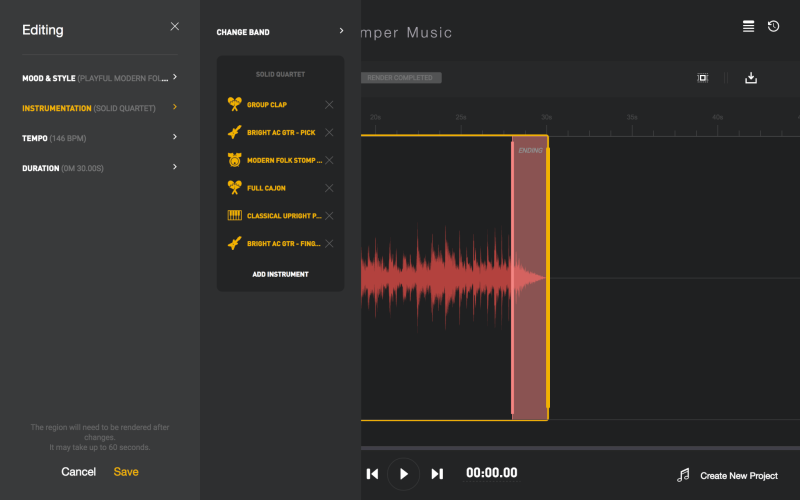 Silverstein wouldn’t elaborate on the technology being used, but he insists that Amper Music isn’t trying to replace composers. “We see two types of music in media: functional, where music is valued for its end use, and artistic, where music is valued for the creativity that goes into making it,” he said. “In both cases, Amper serves as a collaborative tool to help musicians and non-musicians alike express their creative vision through music.”

In addition to its creative capacity, the startup also bypasses licensing constraints, as the compositions it produces are unique and original. Silverstein wouldn’t disclose the number of customers Amper Music has but named The Associated Press, Mental Floss, and Hearst Television as examples.

Customers can either pay as they go or subscribe on a monthly or annual basis. Silverstein declined to share the pricing details of the subscription plans.

The startup’s cofounders represent a range of creative endeavors involving music. Silverstein has composed music for film, television, and video games. Meanwhile, Sam Estes and Michael Hobe, the other cofounders, have collaborated with the likes of Hans Zimmer on movies that include The Dark Knight and Pirates of the Caribbean.

Amper Music isn’t the first to bring AI to music. Google’s Magenta and Sony’s project in Paris are both examples of giants experimenting in the nascent field. Smaller players like JukeDeck in London are also moving into the sector.

In addition to today’s funding announcement, Amper Music has released an open API. Platforms that could potentially benefit are YouTube, Snapchat, or iMovie, but Amper hasn’t announced its API partners yet.

Amper Music’s latest round of funding was led by Two Sigma Ventures. Foundry Group and Kiwi Venture Partners, as well as existing investors Advancit Capital and Brooklyn Bridge Ventures, also participated. This brings the startup’s total funding to date to $5.1 million. It will use the new money to continue research and development (R&D), increase marketing, and hire more people.

Founded in 2015, Amper Music currently has 10 employees based in New York City and Los Angeles.