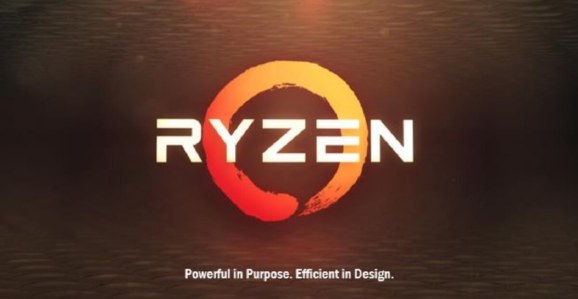 AMD has had a difficult struggle over the past several years as it tried to find its footing in a highly competitive market. Its PC oriented CPUs fell short as competitive products to Intel’s, and it was essentially forced to become the discount processor company for lower end products. Its GPUs also suffered due to a resurgent Nvidia, who not only extended a lead in graphics but refocused its efforts in multiprocessing extensions targeted at AI and ML (e.g.., in autonomous vehicles, drones, etc.). AMD’s dabbling in ARM, including in ARM-based servers that were supposed to threaten Intel’s dominance in cloud-centric data centers but never really materialized, has not produced any dramatic improvements in AMD’s business. And its recent realization that it needed to play in the AI space has yet to bear any significant fruit.

With all this as background, AMD is making a major push with its new Zen architecture based Ryzen CPUs, starting at the higher end desktop space targeting high-performance “junkies” needing the best and fastest performing chips. Mostly driven by the gaming market, these users force their chips to do unnatural acts – pushing them past their limits with overclocking, voltage/power manipulation, and bleeding-edge cooling schemes. While this demographic makes up a relatively small percentage of the overall PC market (10-15 percent at best), it is nonetheless important as it’s highly lucrative compared to the cutthroat competition in consumer mainstream machines. These high performance chips sell in the $500-$1000 range and are a highly visible way for vendors to get “street creed” for their brands.

AMD has a need to be seen not only as the “low cost spread” but also as a viable competitor to Intel across the full spectrum of chip requirements. And if early tests of the new Ryzen chips are any indication, the company has done a great job of upping its game. The 8 core, 16 thread devices, although not very svelte in the power department with a draw of 95 watts, have shown impressive benchmarks for gaming and content creation that rivals or exceeds some of Intel’s high end Core i7 products. But is this enough for long-term success?

A few hurdles still exist for AMD. First, while its current chips are very capable, getting AMD back into the game, the chip business has always been one of competitors leapfroging each other. Intel will soon release a new generation that will, in all likelihood, improve upon what it (and AMD) currently offer. Further, AMD is still targeting the lower price points. Rather than increase it margins, it believes it can vastly increase its market share by undercutting Intel on price, albeit with what it believes are superior products. But if a price war ensues, Intel can weather the storm better than AMD can. And AMD runs the risk of being seen as the low cost solution rather than the best product.

I don’t mean this to be overly negative. AMD has made very significant progress over the past couple of years and under its revitalized management headed by Lisa Su. There is little doubt that its Zen architecture is a breakthrough in reestablishing its competitiveness with Intel and that it will be applying this architecture to more than just high-end gaming systems. I’d expect to see Ryzen derivatives make their way to all corners of the AMD product line in the coming few quarters. And it’s highly likely the new chips will be very well received by the builders and high-end gamers who have been looking for true alternatives to Intel’s dominance.

I’d expect to see a significant uptick in AMD’s sales once Ryzen makes its way fully into the channel. But as Ryzen/Zen move into other segments of the PC and server markets, AMD will still need to prove itself a worthy competitor to Intel with products that challenge Intel across their full product breadth – something that may be easier said than done.

Bottom Line: With Ryzen, AMD has shown that it isn’t a moribund old-line company that is living on the edges of the PC market. Clearly the new products are something that Intel will take notice of and the market will reward. The question is, can AMD become a full line viable competitor to Intel in the x86 space. I am optimistic it can, as doing so would be good for the entire market, including Intel who will be spurred on by the competition. But we’ll have to wait several quarters to see if it can execute.

Jack Gold is the founder and principal analyst at J.Gold Associates, LLC., an information technology analyst firm based in Northborough, MA., covering the many aspects of business and consumer computing and emerging technologies.