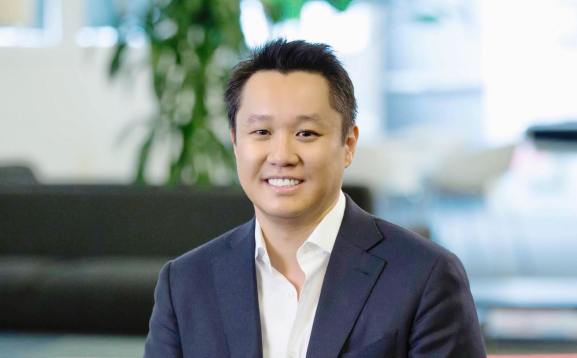 “I’m always excited when I find early-stage companies at an inflection point. … Mapbox has the potential to do that,” Ng said in an interview with VentureBeat. “It’s really a game-changing company that’s just crossing the chasm. It has great adoption in the developer community, as well as the business and enterprise communities.”

Prior to joining Mapbox, Ng helped lead Twilio’s cloud-based communication platform from being a private entity to a public one that’s also targeting the enterprise. “We got insanely lucky,” remarked Mapbox CEO Eric Gundersen when asked how his company snagged Ng. “Around mid-December, in talking as a board, I wanted a partner to come in that didn’t just understand the business side, but also the other side. How do you find someone that has the experience in scaling the developer play?”

In a way, Ng’s former employer and Mapbox have some similarities. The main one is that they’re both focused on being a developer platform; the former specializes in communications, while the latter addresses location and mapping. In fact, Gundersen quipped that in some instances, Mapbox is called the “Twilio for satellites,” and that starting an executive search when the company did was lucky happenstance.

Bringing on an executive with experience not only inside the enterprise, but within a developer-centric company that also went public, will be beneficial for Mapbox. Its mapping platform is being used by more than 50,000 developers each month including in apps like Pinterest, Mapquest, the Financial Times, GitHub, the Weather Channel, and Lonely Planet, touching more than 250 million people worldwide.

“Our vision is to make it easier for developers to add maps and locations into apps and own the experience,” Gundersen stated. “What started as a powerful visualization platform to create beautiful maps has turned into a live updated map of the world.”

And as Mapbox continues to grow, so too must its organization, which is why the COO role is brand new. “When you bootstrap something and are super scrappy, you build a very flat organization. For years, we were winning as a flat team, very decentralized. We literally just started rolling out a more formal organization,” Gundersen explained. “The company just passed 200 people, so we wanted to be able to bring in a real organization that helps the team grow and makes it a more professional and rewarding environment to work in.”

Ng left Twilio near the end of last year — he has since been replaced by former Salesforce COO George Hu. Joining Mapbox is more about the potential he sees rather than being uncomfortable working for a public company. In fact, Ng expressed a desire to help his new employer become a household name, similar to what he helped do at Twilio.

“Roy is the guy that digs into the details and asks how it fits into the product play,” Gundersen told us. “It’s the level of discipline that we want to see on the executive team as we continue to build it out.”

With Ng on board, could this signal an IPO in Mapbox’s future? Gundersen denied such a move, saying that there is “100 percent board alignment that Mapbox’s best interest is to stay independent for as long as possible.” If anything, we could see Ng leveraging his talents to enhance relationships with developers and the enterprise and help Mapbox continue to scale and show its deep bench of technologies.