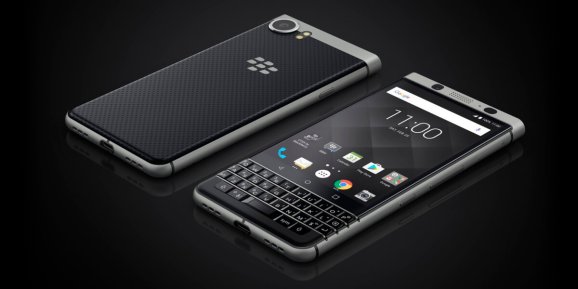 Full disclosure: I did a one-year internship at BlackBerry when it was still called Research In Motion. It was my first and only office job, and I thoroughly enjoyed it. My first phone was a BlackBerry Bold, and I’m still a big fan of hardware keyboards.

Even after finally offering Android phones at the end of 2015, BlackBerry never saw sales soar. Many would argue the Canadian company simply took too long to adapt to the very quickly changing market that is mobile phones.

It’s easy to write off BlackBerry. After all, RIM is never going to be the king again. But that doesn’t mean BlackBerry is gone, at least not yet. The BlackBerry brand is incredibly resilient.

At Mobile World Congress, TCL unveiled the BlackBerry KeyOne, an Android Nougat phone with a hardware keyboard. I interviewed Alex Thurber, head of BlackBerry’s mobility solutions unit, about the bigger picture: BlackBerry has transitioned to a licensing-only model, meaning it doesn’t make or sell phones anymore and is instead focusing entirely on software.

Here’s a quote from my interview that didn’t make the earlier piece’s editing:

Thurber: I’m excited about this model because it now really allows us to focus on what we are really good at… Which is developing this world-class software and security model.

Protalinski, rudely interjecting: I would argue BlackBerry was once really good at hardware, and the physical keyboard.

I think what this is going to allow is to ensure we have an ongoing story and that at the end of the day our customers have a secure, mobile, productive operating system that they can work with. I think it’s a great model going forward. Nobody is going to deny the business challenges we’ve had over the last few years. John Chen, our CEO, has done a great job; he came in and stabilized the company from a financial perspective, and then set us up for figuring out the best way to grow.

It’s likely all this means the company will see lower revenues, though potentially higher profits. Software has better margins than hardware, and as the company focuses more and more on software, the new licensing-only model is bound to have an impact on its bottom line. BlackBerry no longer doing hardware is a small price to pay for staying in the game.

BlackBerry has figured out how not to be just another Android phone company. The company’s pitch to consumers is a more secure Android experience with a trusted brand, while its business model centers around licensing out hardware, marketing, and sales. This approach has never been done before in the mobile space.

I’m sad that I can no longer buy a BlackBerry-made BlackBerry from BlackBerry. But the reality is that the company wasn’t making phones I wanted, nor that I could recommend to others.

Its past three devices — the BlackBerry Priv, the DTEK50, and the DTEK60 — didn’t even ship with the latest version of Android. The KeyOne is basically a BlackBerry Bold running Android Nougat — that makes me excited to try a hardware keyboard again.

But at least this way the company has a fighting chance. It’s great to see BlackBerry develop a plan that isn’t just a me-too strategy.

This move keeps BlackBerry alive and kicking, and for that I’m grateful.