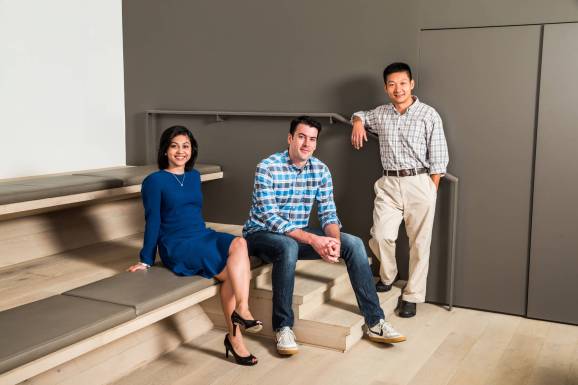 Confluent, a startup that provides commercial support for the Apache Kafka open-source software, announced today a funding round of $50 million. The technology allows companies to easily access data as real-time streams and make it available throughout their IT systems.

Last time we spoke with Confluent in 2014, the startup had recently spun out of LinkedIn and raised a total of $31 million. Since then, it has opened an EMEA headquarters in London and added new customers, including Priceline.com, Surescripts, and TiVo.

Jay Kreps, Confluent’s cofounder and CEO, would not disclose the exact number of customers in an interview with VentureBeat. But he did point to a statement saying 2016 was a banner year in which the company saw over 700 percent annual contract value (ACV) subscription bookings growth (year over year) and the number of employees nearly tripled. There are currently 100 people working at Confluent.

The startup services many industries, including retailers, connected car manufacturers, and financial services like trading firms and hedge funds — basically any sector that needs updated data in real time. Pricing is on an annual subscription base and depends on the size of the company.

In terms of competition, Kreps said “streaming data is just getting off the ground” and acknowledged that big cloud vendors like Amazon Web Services (AWS), Google Cloud Platform, and Microsoft Azure are also tackling the streaming sector. Smaller competitors include ActiveMQ, RabbitMQ, and Apache Flume.

Sequoia Capital led this funding round, with existing investors Benchmark and Index Ventures also participating. “We’ve seen the adoption of streaming platforms and Apache Kafka skyrocket over the past few years,” said Mike Volpi, partner at Index Ventures, in the statement. “What makes the technology and Confluent special is that the team of experts created infrastructure that interconnects all systems within a company, like a freeway.”

This latest pile of cash brings Confluent’s total raised to $81 million. The startup will use the new money to “stay ahead of the pack,” said Kreps. This includes hiring more engineers, broadening marketing efforts, and expanding globally.

When asked what the startup’s exit strategy is, Kreps answered that Confluent is focused on building a large, successful company right now. Seeing as Microsoft acquired LinkedIn last year, one could speculate that the tech giant could also be eyeing Confluent and its technology down the line.

Founded in 2014, Confluent is based in Palo Alto, California.