If you have a penchant for British TV shows but happen to live in the U.S., you’ll be delighted to know of a new subscription service that is now available from two of the U.K.’s biggest broadcasters.

BBC Worldwide, the commercial arm of the U.K.’s public service broadcasting body, has partnered with commercial network ITV to launch BritBox, a video on demand (VoD) service consisting of U.K. shows from both broadcasters. The service is available now for $7 a month and is exclusive to the U.S.

In terms of what content is available, well, there are many classics from the archives, including the original U.K. version of The Office, Fawlty Towers, and James Corden’s Gavin & Stacey. Additionally, BritBox will deliver the U.S. premieres of new programs like Eastenders, New Blood, Tutankhamun, and The Moonstone — as soon as 24 hours after they’ve aired in the U.K. There are also curated playlists, such as “Very British Beginnings,” which reveals actors like Daniel Craig (James Bond) and James Corden (The Late Late Show) early in their careers.

The service is available now on the web, Android, Apple TV, and iOS, with support for Roku and Chromecast coming shortly. 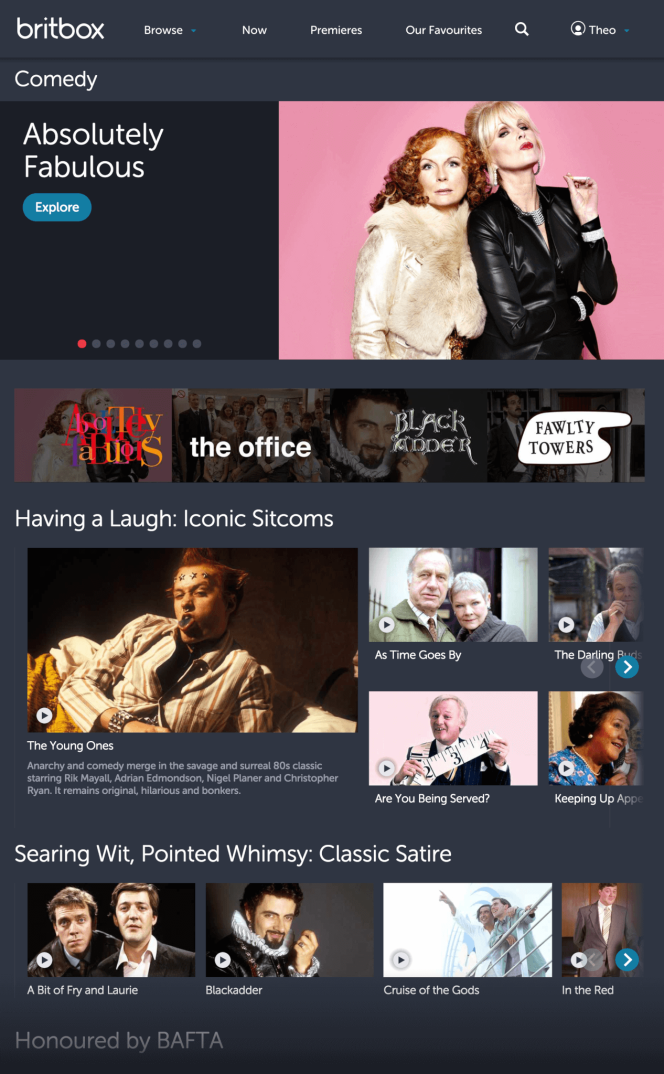 The BBC already offers those who pay the U.K license fee an online linear and catch-up TV service called iPlayer, which is hugely popular across the country. BBC Worldwide previously introduced a global version of the service in a number of markets, but it never found its way to the U.S., and the international subscription service was pulled completely back in 2015. The BBC had previously teased plans to launch a U.S.-focused subscription service, and Britbox was finally announced back in December.

The BBC is already a well-established brand in the U.S., thanks to such shows as Top Gear, which has now given birth to a spin-off on Amazon Video called The Grand Tour. Back in 2014, U.S. network AMC took a 49.9 percent stake in BBC America in a $200 million deal, while BBC America is already available in tens of millions of American homes through satellite and cable. AMC Networks is also an investor in the new BritBox service.

With the likes of Netflix, Amazon Video, and HBO already available to U.S. TV fans, it’s not entirely clear what kind of uptake BritBox can expect. But with a niche focus specifically on classic and current U.K. programming, it could find itself a sizable fanbase and give consumers a legitimate way to access the shows without resorting to VPNs.