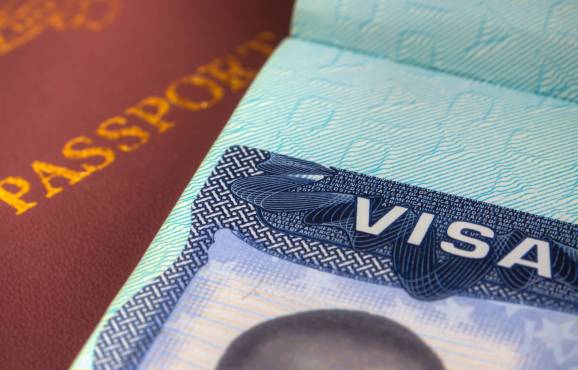 By now, business leaders across the globe are well aware of the recent announcement by the U.S. Citizenship and Immigration Services (USCIS) that it will temporarily suspend premium processing for H-1B visas petitions that are filed on or after April 3, 2017. The suspension promises to have a major impact on U.S. companies in the tech sector that frequently rely on qualified foreign professionals to fill vacancies on short notice.

According to the Silicon Valley Institute for Regional Studies, approximately two-thirds of computer and mathematical workers were born outside the U.S. Also affected will be the foreign-based IT outsourcing companies, especially those in India, that send trained engineers to the U.S. to work temporarily in corporate IT departments and to assist with projects that demand quick turnaround and proven expertise.

Given this environment, it is important that tech industry leaders, corporations in sectors with significant tech infrastructure demands, and current and prospective foreign professionals looking to work in the U.S. understand the details of the USCIS announcement.

The H-1B visa allows U.S. companies to employ foreign professionals on a temporary basis to perform services in a specialty occupation, with a current general allotment of 65,000 visas per year and a separate allotment of 20,000 for individuals who have earned a master’s or higher degree from a U.S. university. If the foreign national will work at a university or affiliated nonprofit entities, nonprofit research organizations, or governmental research organizations, the petition for new H-1B employment is exempt from the annual cap, and the petitioning employer may file a petition for these cap-exempt H-1B categories at any time.

Premium processing ensures that an application will be reviewed within 15 days of filing, as opposed to the three to six months (or longer) that it can take for a standard review. This expedited procedure has been especially important for fast-growing companies with rapid and changing workforce demands, and its suspension will likely delay adjudication of all H-1B cap-subject cases filed for fiscal year 2018 as well as H-1B petitions that are not subject to this year’s quota, such as extensions of stay and change-of-employer requests.

The timing: What employers need to know

The suspension of premium processing applies to petitions filed on or after April 3. Since no new petitions for employment can be filed until this time, the USCIS announcement effectively ensures that all new petitions from this point forward – until at least October 3 – will be subject to standard review, without any expedited processing. Between now and April 3, employers can still take advantage of premium processing if they are either extending the time of an H-1B visa petition for a current employee or transferring an employee’s current visa from another place of work.

The USCIS action is not entirely unprecedented and has been described as an effort to allow immigration authorities to focus time and resources on processing a backlog of older, pending cases. What is different about the current suspension is that it extends for a longer period of time – six months – than in past instances, and that it ultimately applies to all H-1B visa petitions, including extensions and change-of-employer requests.

For employers in the tech sector looking to meet dynamic workforce needs, the suspension will complicate the process of hiring foreign professionals by injecting a significant element of uncertainty into the equation.

The concerns: What prospective employees need to know

The suspension also translates into a great deal of uncertainty for current and potential foreign-national employees. Those being offered new positions will have to wait three to six months before knowing whether they will be granted their H-1B petitions. Employee and employer alike will have no way to plan for final adjudication of the petition. For current employees seeking an extension of their H-1B visa, the situation is similar; they will not know whether to extend their housing plans or schedule travel back home.

An additional issue of concern relates to foreign students working for U.S. companies through Optional Practical Training (OPT), a period during which undergraduate and graduate students with F-1 visas, who have completed their degrees or have been pursuing their degrees for more than nine months, are permitted by the USCIS to work for one year on a student visa. In the past, employers could file an H-1B petition, pay for premium processing, and the employee could continue to work under what has been known as “cap-gap extension” if the H-1B petition was adjudicated, even if their OPT period expired. Now, since employers and employees will not know when the petition will be decided, workers on student visas should stop working once their OPT has expired unless they receive their H-1B approval before the expiration of their authorized OPT employment period. This represents a significant change for employers and employees.

Without a doubt, the suspension of premium processing for H-1B visas will have a big effect on employers, especially tech employers who account for a large number of applicants. Employees will also face a new degree of challenge, and some have suggested that the move could significantly diminish the overall efforts of U.S. companies to recruit foreign nationals and to compete in the global job marketplace. However, keep in mind that, at this time, the suspension has been presented as a temporary, albeit lengthy interruption. Companies and employees should keep a close watch on future developments.

Adriana Kostencki, a dual Venezuelan-U.S. attorney, is a partner at Berger Singerman and leads the firm’s business immigration law practice.