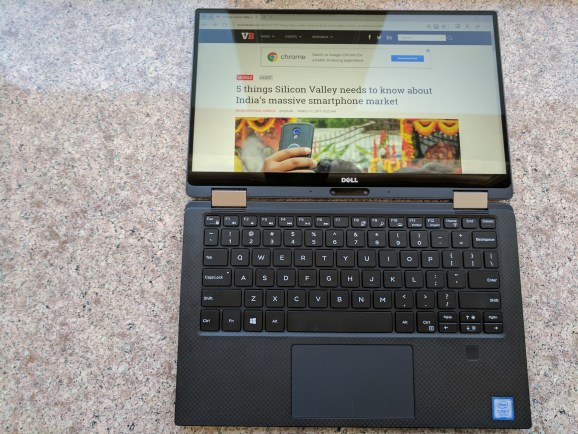 Dell has capitulated to HP and Lenovo by producing a convertible version of its well-reviewed XPS 13 Windows laptop. The entry-level version costs $1000, which puts it $200 above the base model XPS 13. After using the convertible for the past few weeks, I get the idea. But I’m not convinced the new model is worth the extra money. I found that its clamshell sibling is very good on its own. Splurging for improved specs, including a touch-friendly display, might well be the better move.

Don’t get me wrong; the convertible does work as intended. You can easily flip the screen 360 degrees, which can make it more comfortable to watch movies in bed or read while standing. The sturdy metal hinges keep the display from wobbling. And it’s slightly shorter and thinner, making it less unwieldy in tablet mode. But I’m not sure I need those things.

The power button has also been moved away from the keyboard and tucked into the narrow right edge of the machine, making it more difficult to push.

Above: The power button is barely sticking out on the side of the computer.

The keys on the backlit keyboard have just as much travel — 1.3mm — as the XPS 13 clamshell model, but they aren’t the most satisfying to type on. The typing experience is nicer on HP’s 13-inch Spectre x360 and Microsoft’s Surface Book. And, unlike the clamshell XPS, just above the left and right arrow keys you find page up and page down keys. It’s not hard to hit them by accident.

The front-facing camera remains below the display, so you’ll probably look a little strange on video calls. At least the bezels around the display are still very nice and narrow. 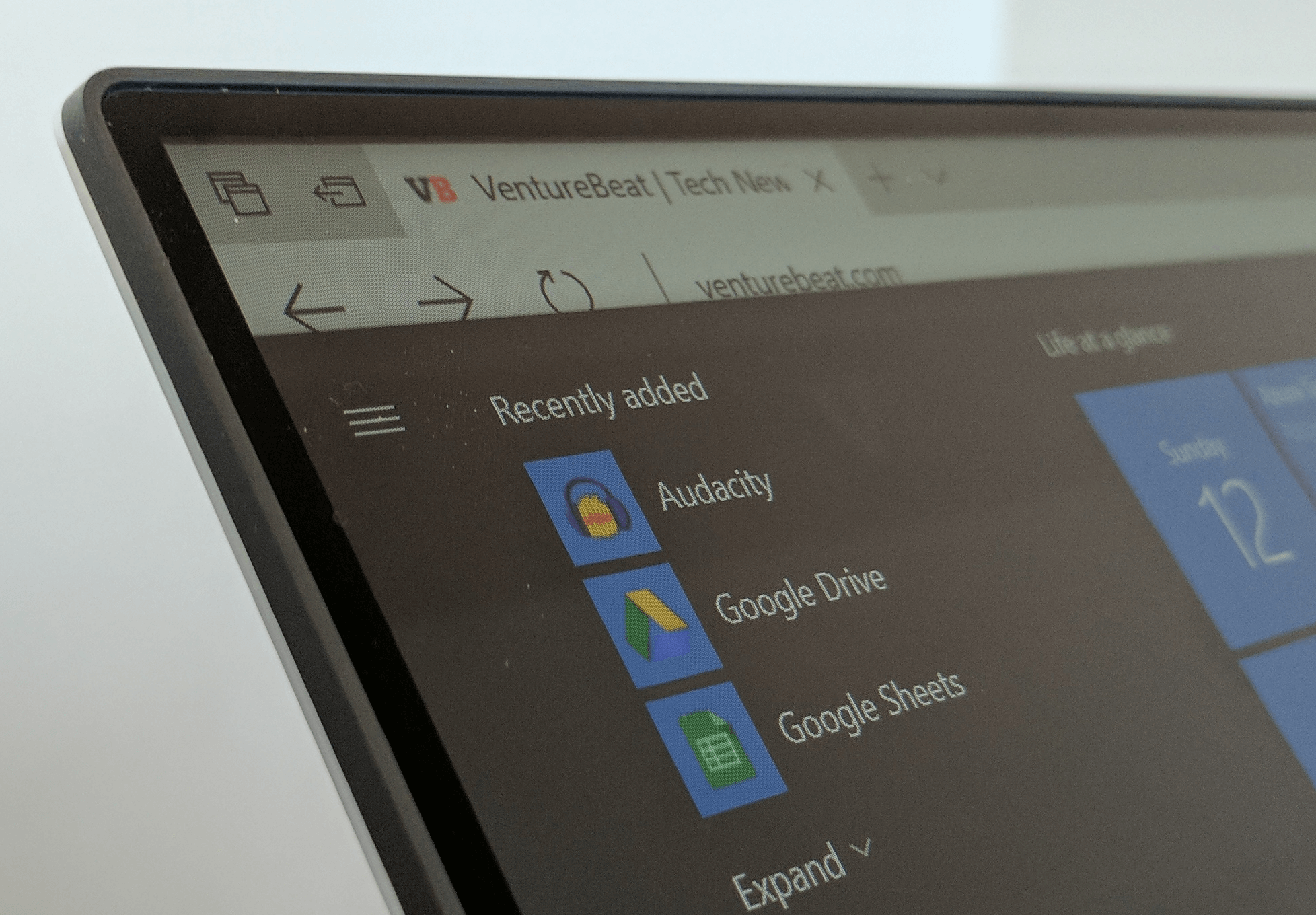 The 13.3-inch Full HD display is quite nice and reasonably bright. The dual speakers produce good enough audio. The trackpad is precise.

The soft carbon fiber composite palm rest is carried over from the clamshell to the convertible, and I’m happy with that, even if it doesn’t do the best job of concealing smudges. The CNC machined aluminum on the outside of the convertible, which you also find on the clamshell, is fine even though it is typical.

All of this leaves me thinking the “good old” XPS laptop is the better bet. If you’re insistent about buying a convertible, you would do well to consider HP’s Spectre, or Lenovo’s Yoga 910, which starts at $1,200. Plus, there are detachable Windows 10 tablets you may want to consider, including the Surface Pro 4 (starting at $959 with Type Cover keyboard), although it hasn’t been updated since 2015. 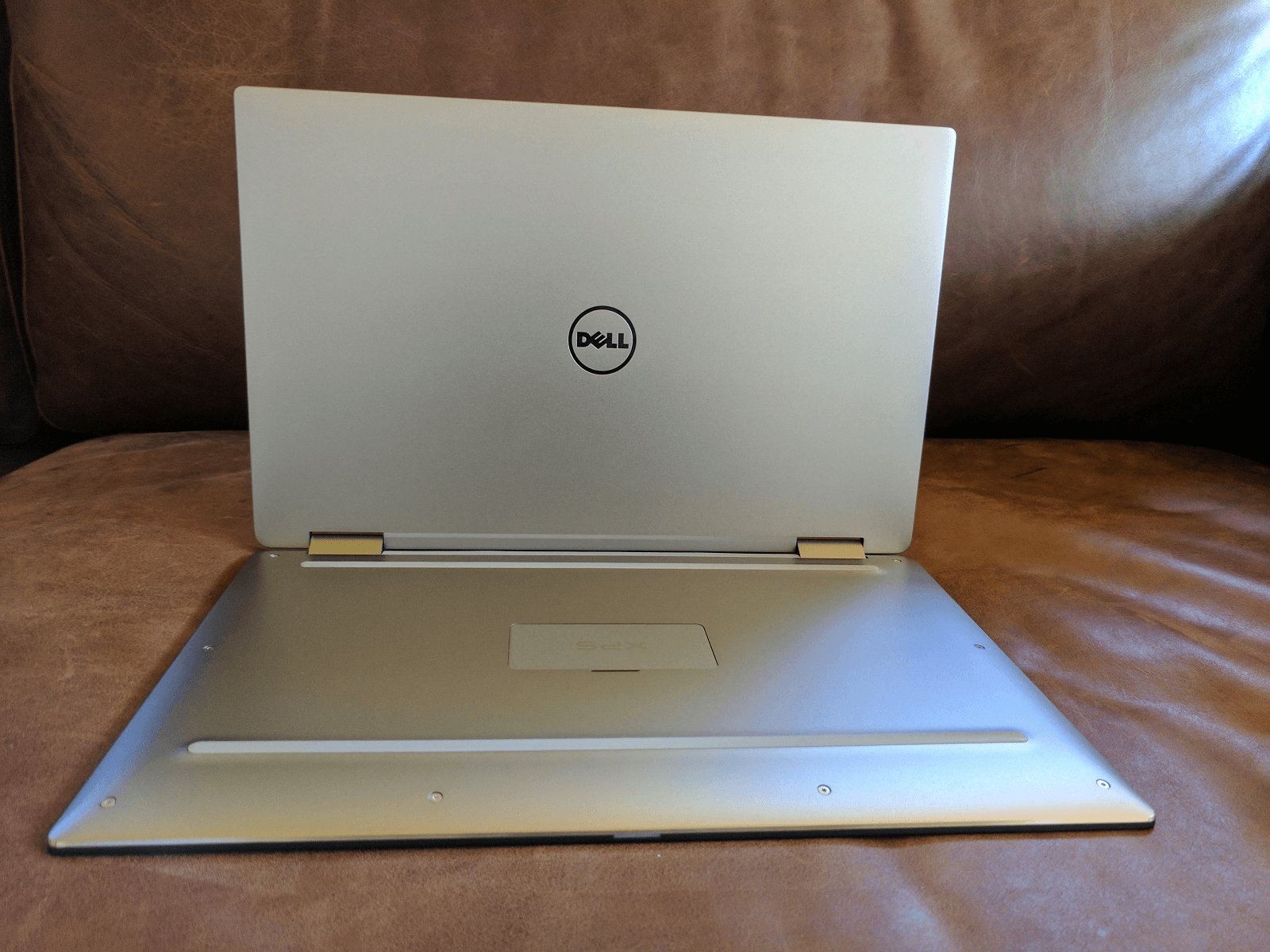 Above: Yes, it works fine in tent mode, tablet mode, and stand mode, but do you really need them?