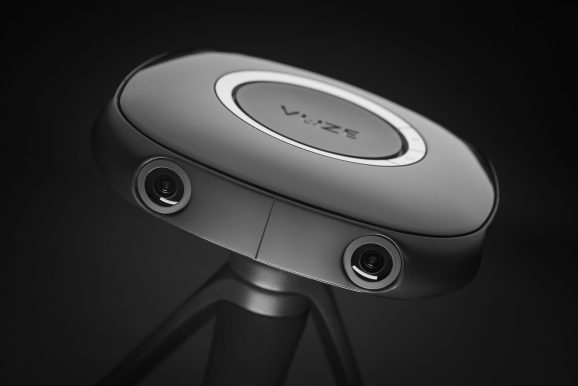 The Israeli firm debuted the Vuze VR camera last May, opening the device for preorders. While shipping was initially expected to commence late last year, the date was pushed forward to March, 2017. Today at SXSW, Humaneyes announced that the Vuze is shipping this week to the first 1,000 who preordered it, with all subsequent orders arriving from April.

Founded in 2000, Humaneyes says it holds more than 70 patents across the 3D and photographic 3D realm, and its new camera is the result of several years of R&D at the Hebrew University in Jerusalem.

“From the beginning, Humaneyes has had the vision to capture the true human experience,” said Jim Malcolm, Humaneyes’ general manager of North America. “As the VR market rapidly evolves, we’re looking forward to seeing the amazing and immersive content to emerge from the Vuze VR camera.”

The Vuze is capable of capturing and rendering 3D and 2D VR content using eight full high-definition cameras that automatically optimize the content for any VR platform. At 12x12x3cm, it’s essentially a portable “point-and-shoot” VR camera, and with a $799 price tag, its aimed at “prosumers, filmmakers, and video and production industry pros.”

While many many new VR headsets and technologies went to market last year, what’s needed now is more VR content — and that’s why we’ve seen a number of cameras enter the fray.

The Vuze is markedly cheaper than other professional-grade devices that have launched over the past year, including Nokia’s $45,000 Ozo, Facebook’s $30,000 Surround, and GoPro’s $15,000 Odyssey. And it still manages to undercut other consumer-focused entrants, such as Hubblo, which launched for $1,000 earlier this year.