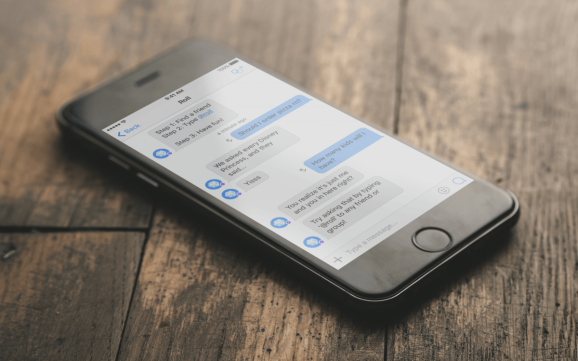 The chatbot market is changing and growing rapidly. Bots are constantly improving, and people are relying on them more frequently. As bots become more believable and human, smartphone apps continue to dwindle. In the month of June 2016, for example, 49 percent of smartphone users in the U.S. did not download a single app. Instead, as bots continue to improve, users are more frequently turning to text platforms. In this perspective, chatbot engagement and retention become much more important to determine which bots will survive in the bot ecosystem.

According to our research at Botanalytics, retention rates for a bot can come as high as 10 percent, based on a 7-day time frame. The average retention rate for bots today is 4 percent. However, some categories, such as entertainment bots, have higher retention rates (see infographic below).

People are more willing to stick with entertainment bots than they are with news bots. Fifty-seven percent of commonly used entertainment bots have more than average retention rates in the market. Celebrity chatbots have the highest retention rate. Retention rates for celebrity bots started out around 10-15 percent from day one. For celebrity bots, aggregate data proves to be much more important than specific metrics. To enhance human-bot communication, you can best find bottlenecks by analyzing aggregate data rather than specific metrics.

When we break the chatbots metrics down into categories based on the industry they operate in, analysis becomes much more exciting. We can see where bots are succeeding and where they require improvement. Sixty-five percent of news bots, for example, use rich media to add context. Twenty-two percent of travel bots catch the keywords from a user’s text and respond accordingly. For further findings, see the below infographic. 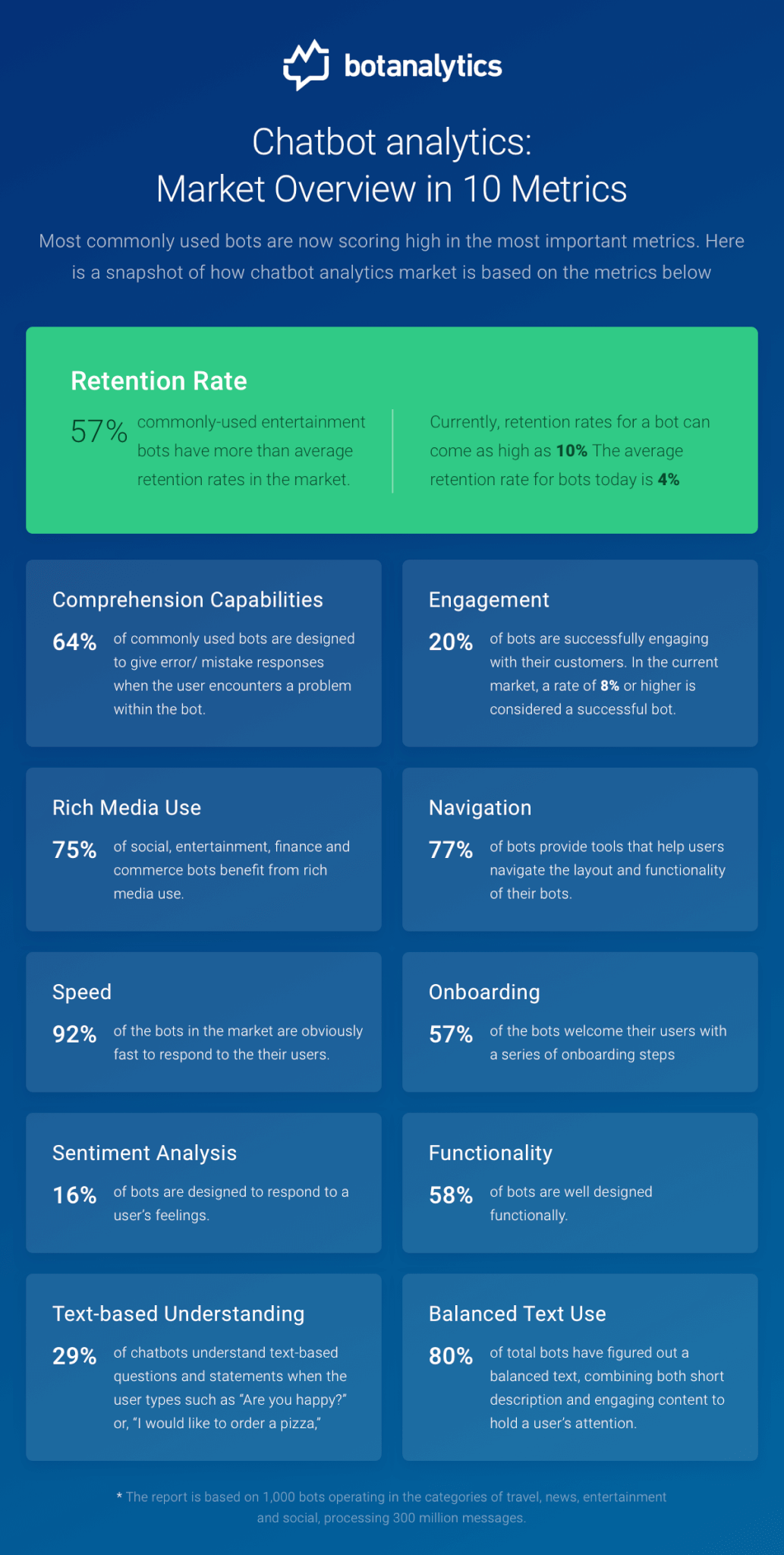 As retention and engagement rates depend on how the bots are built, we can say there are currently two kinds of bots in the market.

One is bordered with conversational flows and designed with rich UIs. The other one is smart natural language processing (NLP) providers, which also use rich UIs. The first fulfills the current market’s needs, but has limited functionality compared to the bots with improved NLPs. For instance, banks are adapting to the NLP side of things to shift their FAQ sections to chatbots. In terms of building and maintaining these bots, in the next few years we will see how the chatbot market continues to adapt to consumers’ expectations.

Since retention is so critical, here are some hints to increase retention and engagement. Bots should be designed to respond naturally and efficiently. Retention and engagement vary depending on the nature of the bots, of course. For an Uber bot, average session length would be less compared to an entertainment bot’s. Thus, bot makers should keep in mind that the nature of the bot is important to interpret metrics for iterating and designing the bot.

Lastly, bot makers can increase their retention rates by sending notifications via broadcast messaging features. Of course, they can’t be random. Rather, the push notifications should be sent according to an engaged user’s actions. Well-written messages and valuable content are powerful elements of a bot. Although growth hacking benefits bots, the stickiness of the bot helps determine which way the bot should lead the user.

Ilker Koksal is CEO and cofounder of Botanalytics, a conversational analytics and engagement tool company.