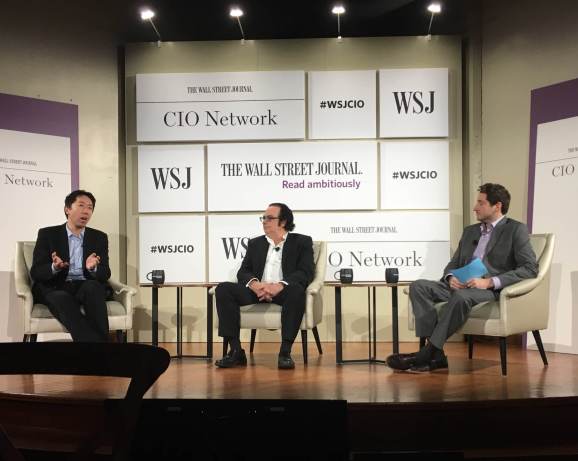 Andrew Ng, who joined Chinese search company Baidu as its chief scientist after contributing to the creation of Google’s Google Brain artificial intelligence (AI) research group, today announced that he will be leaving Baidu. The company will consolidate existing research groups under a new leader, Haifeng Wang.

“Baidu’s AI is incredibly strong, and the team is stacked up and down with talent; I am confident AI at Baidu will continue to flourish,” Ng wrote in a Medium post. “After Baidu, I am excited to continue working toward the AI transformation of our society and the use of AI to make life better for everyone.”

Very grateful to Baidu, Robin Li, Lu Qi, Lin Yuanqing, Adam Coates, many others, including everyone in our fantastic ~1300 person AI Group.

Ng is considered one of the four top figures in deep learning, a type of AI that involves training artificial neural networks on data and then getting them to make inferences about new data. The other top players are Yann LeCun, the head of Facebook Artificial Intelligence Research; Geoff Hinton, who is part of Google’s DeepMind group; and Yoshua Bengio of the Montreal Institute for Learning Algorithms (MILA), which is backed by Google and Microsoft.

Ng’s last day at Baidu will likely be at the end of April, a spokesperson told VentureBeat in an email.

Meanwhile, on March 8 Yuanqing Lin, who had been director of Baidu’s Institute of Deep Learning in Beijing — one of Baidu’s three research labs — was named head of Baidu Research, Ng wrote. Lin is “a brilliant technology and business leader, who is creating both great AI technologies and great business results,” Ng wrote in his Medium post. Last year, Lin contributed to research that was meant to enhance Baidu’s group-buying ecommerce app, Nuomi.

Baidu hired Lu away from Microsoft earlier this year, after the company began facing challenges in its home market. Baidu has also brought its search engine to Brazil, Egypt, and Thailand.

Ng was previously director of Stanford University’s Artificial Intelligence Lab (SAIL). He is also a cofounder of startup Coursera, through which many people have taken online courses in machine learning and other topics.

It’s not clear who at Baidu will take Ng’s title of chief scientist, the spokesperson wrote.