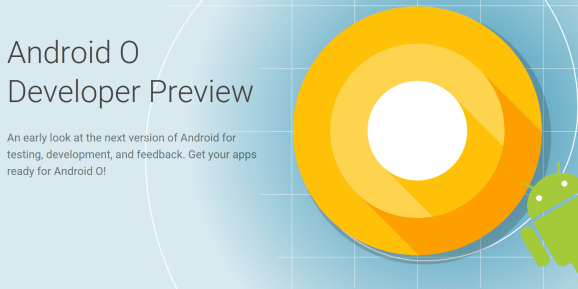 In the past, Google has unveiled the next Android version and released the accompanying developer preview at its I/O developer conference. That changed last year with the release of the first Android N developer preview in March 2016, along with the Android Beta Program, which lets you get early Android builds via over-their-air updates on Nexus devices.

This year, Android O is getting previewed early like Nougat was, but the first preview isn’t being made available via Android Beta. Google is making this preview available solely by manual download and flash to emphasize it is for developers only and not intended for daily or consumer use.

Other than that, the same rules apply. This is an early look at the next version of Android, which is being referred to as Android O until Google picks a name starting with that letter. The goal is to let developers play with the build early, test their apps, and give their feedback before more details are shared at I/O 2017, scheduled for May 17 to May 19.

Today’s preview includes the following APIs and features (but you can expect much more; this is just the first preview, after all):

Google is asking developers to make their app compatible with Android O so that their users can expect a seamless transition when they upgrade. Also worth checking out is the alpha release of the alpha version of the 26.0.0 support library. After you try the first preview, give feedback.