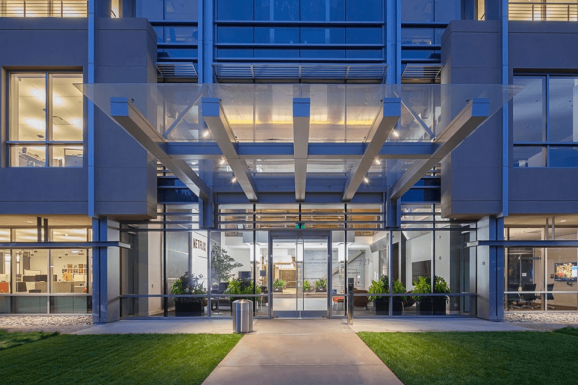 Netflix’s Los Gatos employees will soon be working behind so-called “smart glass,” as the developers behind its newly built campus have enlisted the services of View to ensure workers can enjoy a bright and airy environment.

In a nutshell, View’s Dynamic Glass serves to maximize the amount of natural light that enters a building, while also reducing the glare and energy usage from lighting and air-conditioning through automatically “tinting” in response to the conditions. The smart glass can also be controlled manually from a mobile device, or from wall-mounted switches, and negates the need for blinds that may obstruct the view outside.

Though Netflix recently upped sticks in Los Angeles, moving from Beverly Hills to Hollywood, the video-streaming giant has been expanding its presence in its native Los Gatos too, signing a deal back in 2015 to expand into two more buildings at a new 485,000 square foot complex, having already committed to an initial two buildings prior to construction in 2013. Called The Grove, the new campus is situated across Highway 85 from Netflix’s existing 160,000-square-foot HQ.

View says that it has doubled the number of installations of the electrochromic glass over the past year, and now counts more than 300 complete commercial installations with another 150 in the works.

“Companies have followed Netflix’s lead from a business, design and cultural perspective for years,” said View CEO Rao Mulpuri. “We expect Netflix’s strategic decision to invest in the well-being and productivity of its employees through View Dynamic Glass will similarly inspire others to follow suit.”

Other View customers include technology giants Overstock.com and CenturyLink.

The Grove’s development was led by Sand Hill Property / Carlyle, but it’s not clear how much input Netflix had in the decision to install smart glass at the facility. And it’s also unclear when Netflix plans to move into its new Los Gatos hub. But we’ll update here with all the answers if or when we hear back from Netflix.