A new “robotic digitization” company launches to the public today with funding from some notable backers.

Based in Hayward, California, Ripcord has machines that can scan, index, and categorize paper records to make them searchable through companies’ existing systems, via the cloud. To initiate the process, companies pack their records into boxes and affix barcoded labels containing metadata that’s permanently associated with the records. Upon receipt, Ripcord unboxes the files and passes them to its machines, which scan, upload, and convert the content into searchable PDFs. 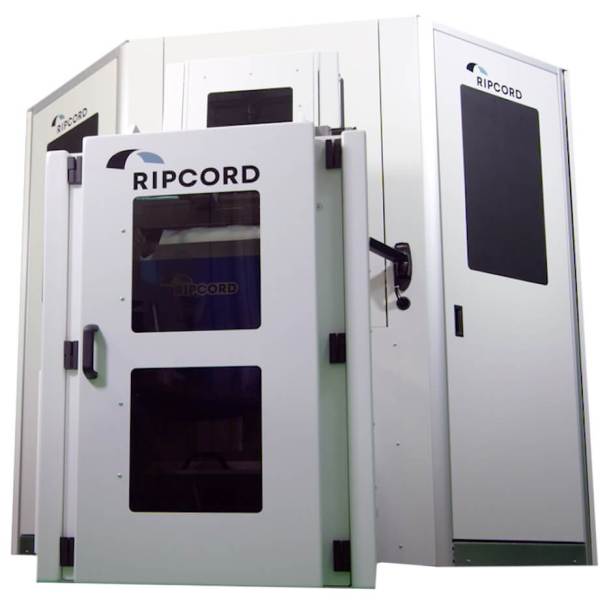 Ripcord says that the conversion and classification process is around 80 percent automated and covers handling, the removal of fasteners (e.g. staples), and scanning.

Nabbing KPCB as an early investor is a major boost for the fledgling startup, given that KPCB already has some big names in its portfolio, including Twitter, Square, Amazon, Google, Airbnb, Uber, Spotify… the list goes on. Put simply, Ripcord is in good company. Moreover, Steve Wozniak isn’t known for making a lot of investments, so the participation of the Apple founder is a nice addition.

On a vaguely related note, Ripcord was cofounded by Alex Fielding, who was an engineer at Apple in the 1990s.

“Ripcord disrupts the industry by building robots to automate what has been, until now, an inefficient and error-prone process,” said Fielding, who serves as the company’s CEO. “There will be no more holding records hostage in massive warehouses or nickel-and-diming customers at every step in the digitization process. Scanning, indexing, storing in the cloud, connecting to other enterprise applications… these things should be seamless and priced inclusively. And now they are.”

In terms of costs, Ripcord says its fees start at $0.004 per page, per month, and that includes everything from transportation through to categorization. And by 2018, the company projects that it will be digitizing at a rate of 50 million records each day.

Though there are many other existing digitization services out there, it’s clear that Ripcord is looking to automate as much of the process as possible to reduce the cost of human labor. And this is something we’re seeing in a number of industries. To cite just two examples, French robotics startup Exotec recently raised $3.5 million to build a fleet of mobile robots that help warehouses prepare orders for delivery, while Pittsburgh-based Bossa Nova Robotics raised $14 million to bring its robotic technology to retailers.

Indeed, a recent report from the World Economic Forum suggested that up to five million jobs could be lost to robots and automation by the year 2020 as part of the “fourth industrial revolution.”