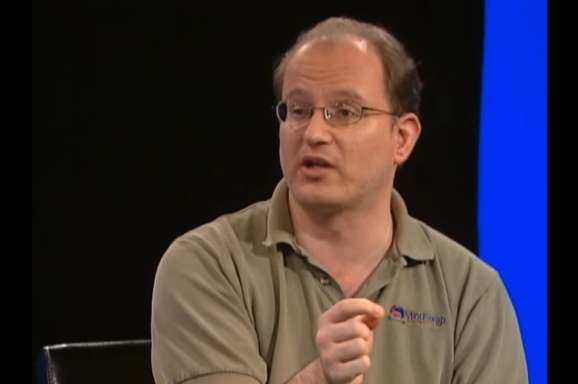 Mariani has worked on Edge, Internet Explorer, Sidewalk, and multiple releases of Visual Studio. He developed a following inside and outside Microsoft over the years through his blog, Performance Tidbits. The blog’s name points to his longtime focus on making software work faster. He came to be known as a performance preacher. Now he’s leaving.

“My last day at Microsoft will be tomorrow, 3/24/2017,” he wrote today. “I’m not sure I will actually lose access to this blog because of the way authorization happens but I think it would be a bad idea for me to keep using it because of its strong affiliation with MS. Best wishes to all and thanks for reading all these years.”

In August 1988, Mariani joined Microsoft after attending college at the University of Waterloo in Canada. Microsoft had gone public two years earlier. Office was still one year away, and Satya Nadella, today Microsoft’s chief executive, wouldn’t arrive for another four years. In his initial role, Mariani worked on the compiler for an internal programming language called C#, which was different from today’s C#.

Among other things, Mariani is credited with developing the concept of “the pit of success,” which theorizes that products should be built in such a way that when people pick up a product and start using it, it should give them great results.

Generally speaking, though, Mariani worked for many years on lower-level technologies. In 2007, for example, he wrote a series of popular posts on how Microsoft had improved the performance of LINQ to SQL querying system for version 3.5 of the .NET Framework.

In 2015, with the release of Windows 10, Microsoft shipped Edge, and Mariani was “the perf guy.” In that capacity, he sent out a note to his team, explaining that in all his years at Microsoft he had never seen anything with that exact set of challenges, including organizational ones.

“As the perf guy, it’s my job to tell you every day how bad everything is, that’s pretty much the gig,” he wrote. “But today, just this one time, I’m gonna tell you the rest of what I’m thinking — it’s pretty smokin’ [sic] guys. You should be proud of what you accomplished — I know I am.”