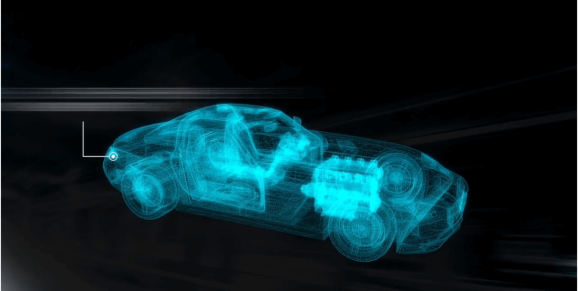 A screenshot of a Microsoft video announcing a new program to sell licensing agreements to automakers for access to its connected car patents.

Microsoft has agreed to license its patents for Internet-connected cars to Toyota, its first such deal with an automaker and a signal that it may be willing to partner with others.

The tech giant, which announced the deal on Wednesday afternoon, holds a treasure trove of patents that include car operating systems, Wi-Fi, motion sensors, voice recognition, and navigation. Cars are increasingly morphing into computers with wheels, and Microsoft sees the same opportunity that a number of other tech companies do, including Intel, Google, Qualcomm, and NXP.

“The connected car represents an enormous opportunity for the auto industry, and at the core it’s a software challenge,” Peggy Johnson, executive vice president of business development at Microsoft, said in a statement Wednesday.

Microsoft’s patents for connected cars — a broad term for vehicles with Internet connectivity — includes tools to store and transfer files, cybersecurity, and artificial intelligence. The company says that it sees driving becoming far more personalized and convenient in the future.

Technology would predict when cars need maintenance so that drivers can get the problem fixed before a breakdown on the road. They would also anticipate drivers’ intended routes based on their calendars along with personalized entertainment for whoever is driving.

Microsoft sees a big growth in demand for connected car services. Gartner Research has forecast that new vehicles equipped with data connectivity will increase from 6.9 million per year in 2015 to 61 million per year in 2020. The research firm predicts the total cumulative shipments of automobiles equipped with data connectivity will be 250 million by 2020.

The move is a natural progression from the auto-related services Microsoft already provides. While Toyota is the first automaker to get access to these licenses, Microsoft has worked with automakers and auto-related companies for years, including BMW, Harman, Ford, Nissan, and Volvo. Earlier this year, Volvo announced it will integrate Skype for business in its 90 Series cars, and Nissan agreed to use Microsoft’s connected vehicle platform, a set of services built on its Azure cloud.

Toyota Connect marked an expansion of an even earlier partnership with Microsoft to research and develop connected car services. Toyota Connect is the data science hub for the Toyota, serving its robotics and artificial intelligence research.