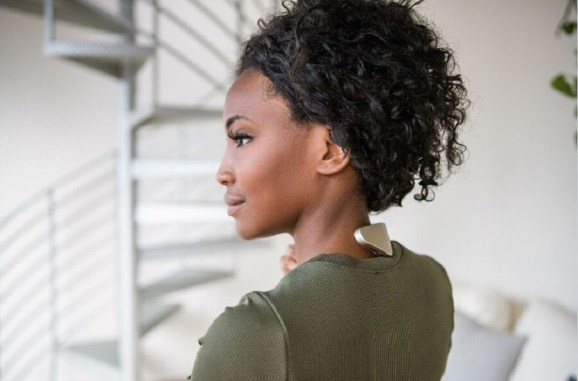 Thync stimulates the nerves in the back of your neck.

Thync has created a device that should be popular in our stressful modern age. The Thync Relax Pro purportedly relieves stress, poor sleep, and anxious thoughts.

Los Gatos, Calif.-based Thync is announcing its new “neurostimulation” product (a second generation following a 2015 model), which stimulates your brain through an electronic device that you put on your scalp.

High stress levels cost the American economy about $300 billion per year. In fact, stress levels have reached unprecedented heights in the U.S., according to a survey in January by the American Psychological Association, which conducts annual stress polls. 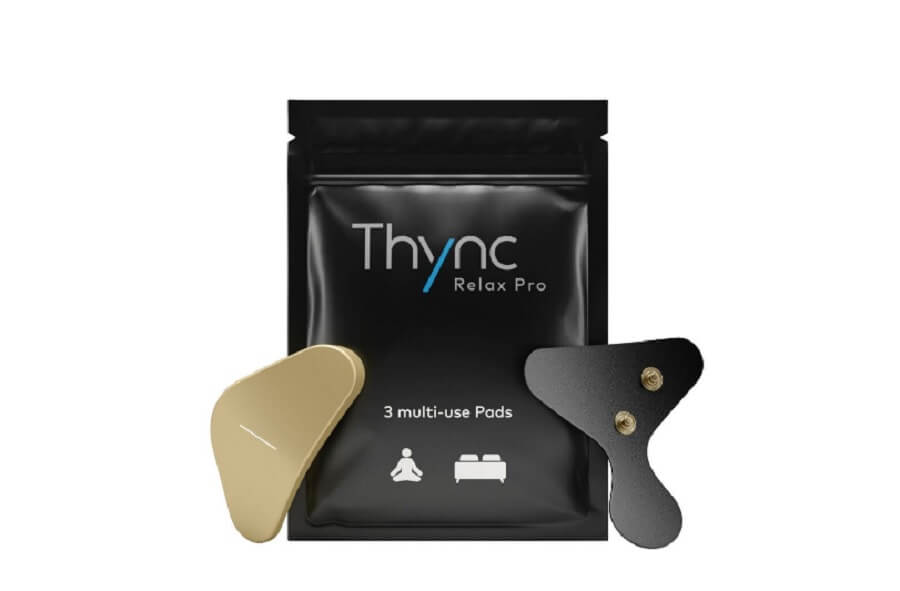 Above: Thync helps you with your sleep, without drugs.

Thync Relax Pro consists of a simple-to-use padded pod that sits on the back of the neck to tap into the body’s natural mechanisms and deliver stress relief through gentle nerve stimulation. It also includes two neurostimulation programs, Thync Deep Relax and Thync Deep Sleep, which are controlled by the user via the Thync Relax Pro app from a smartphone.

“There are nerves in back of your neck, connected to two regions of the brain, and they affect your stress and sleep,” said Isy Goldwasser, CEO of Thync, in an interview with VentureBeat.

When used together, the app, pod, and accompanying electrode pads gently stimulate nerves on the neck that connect directly to areas of the brain that help control stress levels, mood, and sleep quality.

“We have been at this for five years,” said Goldwasser. “The first three were research, and now we are getting it into the market. It’s important to get it to people who need it the most, for those who sleep less than five hours a night.”

The idea is to proactively enable you to let go of your daily worries and sleep soundly. You can think of it as your “off button,” and it doesn’t involve artificial substances, like Xanax, sleeping pills, or alcohol.

“Thync uses low-level electrical stimulation to activate specific nerve pathways on the head and neck,” said Sumon Pal, a doctor and Thync’s head of science, in a statement. “These pathways communicate with areas in the brain that help control stress levels, mood, and sleep quality. Using this approach, Thync Relax Pro delivers carefully constructed stimulation patterns that tap into your body’s own mechanisms to relax, improve mood, and sleep better. Nerve stimulation approaches have been used for decades and have shown to be safe with minimal or no side effects.”

Thync published a sleep study last year, and it also conducted four years of clinical studies. Goldwasser said the company’s first device, which attached to your forehead, provided some lessons in usability. 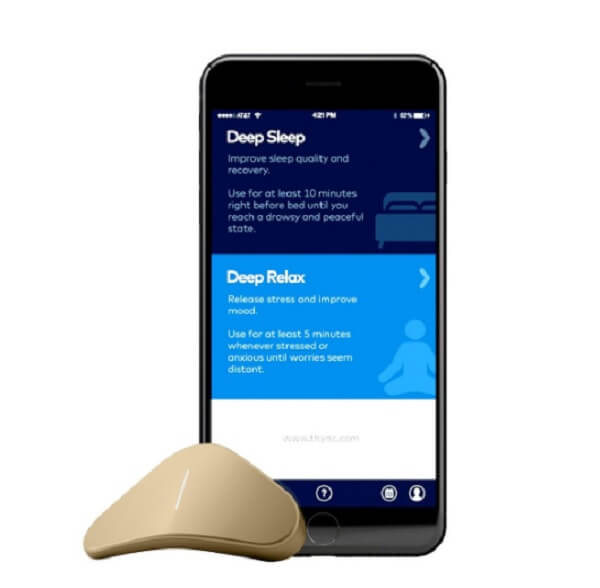 “What we learned from the first [device] is to make it incredibly easy to use,” he said. “We’ve seen a ton of interest in the ways technology can help people with their well-being and improve their performance.”

Thync Relax Pro will be offered as a $29 per month service with an upfront purchase of the Thync Pod for $149. The monthly subscription provides access to Deep Sleep and Deep Relax neurostimulation programs and Thync Pad Packs. Thync neurostimulation programs are automatically updated and enhanced, and Thync Pad Packs are automatically sent via auto-fulfillment, based on usage.

All this stress comes at a price. It’s estimated that stress costs the American economy about $300 billion per year and that up to 90 percent of all doctor’s office visits are for stress-related ailments and complaints.

“Dealing with stress, whether real or perceived, is a major concern for many of us,” said Eric Potterat — a senior advisor to Thync and former head psychologist for the Navy SEALs — who is considered one of the leading experts on stress mitigation, in a statement. “I’ve worked with not only military personnel, but also professional athletes and first responders, all of whom are under tremendous pressure. My assessment is that Thync’s technology is a breakthrough that could potentially help the American public, as well as professionals in high-pressure environments, lower their stress levels.”

Thync has 25 employees. The company is taking orders for the devices now and will deliver its first batch to customers at the end of April.

“The vision is emotional and mental wellness,” said Goldwasser. “Technology will disrupt this and make it convenient for people to get services wherever and whenever they need them.”