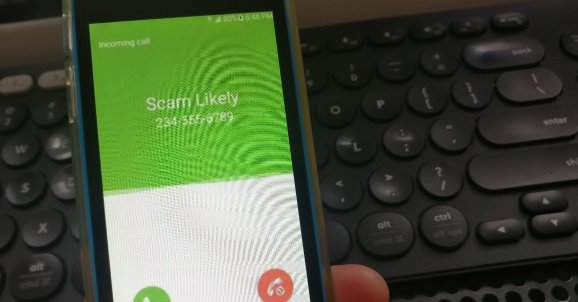 T-Mobile is among the first U.S. telecom companies to announce plans to thwart pesky robocallers.

The move represents part of an industry-wide Robocall Strike Force set up by the Federal Communications Commission (FCC) last year to combat the 2 billion-plus automated calls U.S. consumers deal with each month. Other key members of the group include Apple, Google, Microsoft, and Verizon. 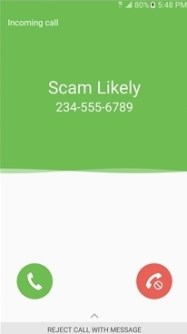 T-Mobile’s announcement comes 24 hours after the FCC voted to approve a new rule that would allow telecom companies to block robocallers who use fake caller ID numbers to conceal their true location and identity.

The new suite of tools offers interesting insight into the kinds of technology mobile users in the U.S. will soon be able to utilize. It’s worth noting here that it’s not about blocking nuisance telemarketing calls; instead it’s aimed at blocking suspected scammers and automated robocallers that typically dial hundreds of numbers at any given time.

With Scam ID, users will be able to see when a call is from a suspected scammer and decide whether or not to accept the call. This will only work on phones that have caller ID, which includes most phones these days. But T-Mobile is also offering Scam Block, which allows users to automatically block scammers, and this will work on any phone, regardless of whether it has caller ID or not.

T-Mobile is quick to point out that there is a chance of false alarms, meaning if you have activated Scam Block, you may inadvertently prevent a legitimate caller from reaching you. Equally, a call identified as legitimate may in fact be a scammer. This is why T-Mobile is allowing users to submit requests to update their data manually. Scam blocking can be activated and deactivated by dialing special USSD codes, or through a user’s online T-Mobile account.

Though Scam ID and Scam Block are free for any customer to use, the loosening of the call-block regulations also offers opportunities for telecom firms to charge for additional services. With that in mind, T-Mobile is charging $4 per month for Name ID, which identifies any caller’s name and location, even if the caller isn’t in the customer’s local address book.

“Every year, three out of four people in the U.S. get at least one scam call — and fraudsters cheat consumers out of more than half a billion dollars per year,” explained Neville Ray, chief technology officer at T-Mobile, in a statement. “It’s insane –- so we had to do something to protect our customers. So the T-Mobile team designed a brilliant set of patent-pending technologies — then built them directly into our network, so there’s nothing customers have to do. No hoops to jump through, no app to download.”

There are already a number of third-party services on the market that help block and identify nuisance callers. These include Truecaller, which is like a giant crowdsourced telephone directory that allows users to flag spam callers to the community, block them, or simply put a name to a number. But Truecaller is an app that you download, and you have to submit your number to the service, which will be too much friction for many. What is now being offered by T-Mobile, and soon other telecom firms, works at a network level — users don’t have to do anything beyond activating it.

T-Mobile says that it will be enabling Scam ID and Scam Block on a rolling basis starting from today.