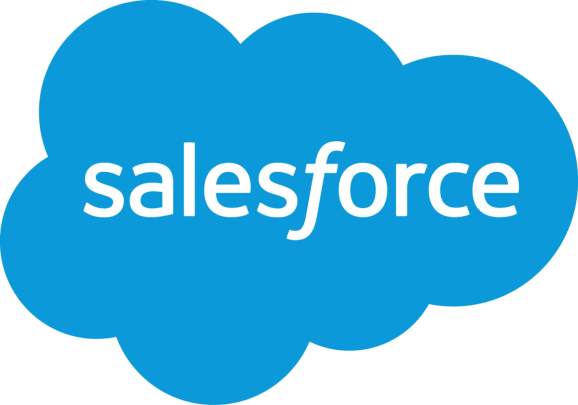 When it comes to investments and acquisitions, Salesforce has made headlines lately for deals that didn’t happen. The company’s rebuffed $26 billion bid for LinkedIn last year and a run at Twitter that never got off the ground would have ranked by far as Salesforce’s largest deals.

But those non-deals overshadowed the things Salesforce has been doing, namely ramping up its venture capital investments to grow an ecosystem of partners as well as making the most acquisitions ever in its history last year. Even as Salesforce itself continues to grow organically, these aggressive moves are a sign of how the company continues to look beyond its own walls for how and where it might grow.

In a recent conversation, Alex Kayyal, European head for Salesforce Ventures, said nurturing an expanding ecosystem of partners and developers has become a critical part of the company’s success and strategy.

“Salesforce has been on a phenomenal growth trajectory,” he said. “But so much of what we do is partnering with others. And it’s just blown my mind to see the power of that ecosystem.”

Perhaps the most visible part of that ecosystem is the Salesforce AppExchange, which now has 3,500 apps that extend the company’s core platform. It is this rapidly growing ecosystem that research firm IDC dubbed the “Salesforce Economy” in a report last September. According to IDC, that ecosystem could be responsible for creating 1.9 million jobs by 2020 and contributing $389 million to global GDP.

To foster and continue that momentum, Salesforce has opened its wallet.

Salesforce Ventures was officially launched in 2011, but the company actually began making venture investments back in 2009. In a recent securities filing, Salesforce noted that it has minority investments in over 180 companies as of January 31, 2017. According to CB Insights, Salesforce is the third largest corporate VC, behind Google Ventures and Intel Capital.

The size of the investments reached such a point this past year that Salesforce felt the need to warn investors about the potential risks in its securities filings: “Because of the inherent risk in investing in early-to-late stage technology companies, our individual investments are subject to a risk of partial or total loss of investment capital.”

As part of that expanding portfolio, Salesforce announced a separate $100 million fund in 2015 to target European startups. Overall, the company has made 30 investments in Europe, including 15 in the 2 years since the fund was announced. Kayyal said that, in general, the company’s attention was drawn by the rapidly accelerating ecosystem in Europe and the emergence of numerous startup hubs across the continent.

“The pace and level of innovation we are seeing on this side of the pond is incredible,” he said. “And we’ve been really excited about the reception we’ve seen.”

Salesforce Ventures also looks primarily for companies that are doing some sort of cloud-based service, typically B2B. The emergence of a number of cloud-based startups in Europe was another reason the company decided to focus more effort here. And while the venture arm operates somewhat independently, it’s also aware of the company’s shifting priorities, such as a growing interest in artificial intelligence, Kayyal said.

In addition to the money, the company tries to foster a true sense of partnership between the portfolio companies, to create what Kayyal calls a “mesh.” And it’s also looking for companies that can get help it get into new markets or technologies. That was the case, for instance, with its investment last year in France’s IoT startup Sigfox, which is building a communications network for connected devices.

Over the past eight years, Salesforce has built a solid track record. It has seen 50 of its investments get acquired and 7 have IPOs. The VC investment is not necessarily a scouting operation for acquisitions, however. Salesforce makes it clear that any of its companies are free to pursue any attractive offers.

That said, it has acquired a handful of its investments. And in general, Salesforce has also been making more M&A deals. Last year was the biggest in its history.

Those acquisitions in 2016 included:

All this speaks to the company’s growing appetite and ambition. Its ability to balance these expanding investments and digest these acquisitions may determine whether Salesforce can succeed in striking in a balance that few maturing companies manage to find: Maintain an innovative culture, continue to grow its core services, and be ready to adapt as markets and technologies evolve in sometimes sudden and expected ways.