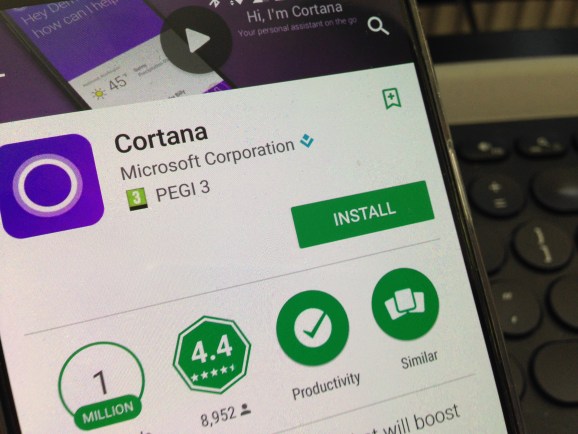 Microsoft has announced that it’s launching its Cortana app for Android and iOS in Australia, only the fourth market to get the app.

The smart digital assistant is already open for business on Windows 10 in 13 markets, including Australia, where it has been available since 2015. But Microsoft has also offered standalone mobile apps in the U.S. and China since December 2015, and in the U.K. since a few months ago. And now the app is arriving Down Under too.

The Cortana mobile app serves as a companion to Windows 10 PCs, insofar as it allows users to start and finish tasks across devices, receive reminders, track key information, and receive missed-call notifications.

Earlier this month, Microsoft updated Cortana on Android to let users view and swipe notifications from their lock screen. And with its latest update, Cortana has been made more interactive, with users now able to set reminders or ask questions without unlocking their device.

The battle of the smart personal assistants is really starting to heat up, with the likes of Apple’s Siri, Amazon’s Alexa, and Google’s Assistant all vying for our attention. Last week, Samsung threw its hat into the ring with the launch of Bixby, just days before the Korean tech titan launches its new flagship Galaxy smartphone.