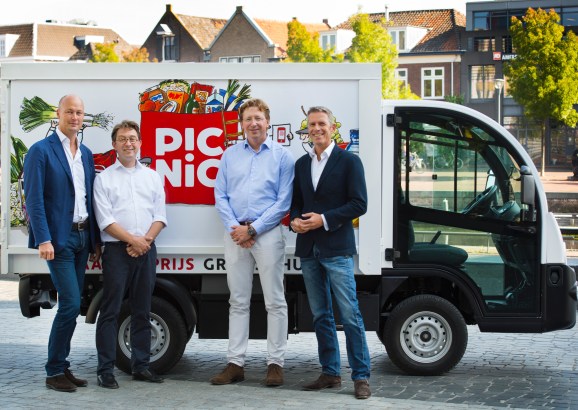 Hoping to reinvent grocery buying and delivery, Picnic announced today that it has raised $109 million in venture capital.

It’s an astonishing figure for a company that only launched 18 months ago and still only serves a handful of cities in the Netherlands. The fundraising was reported today by Tech.eu.

According to the company’s website, the founders have been developing the service for three years. Basically, customers use an app to place orders, and suppliers then deliver the goods to a central distribution center run by Picnic. From there, orders are sent to local hubs where they are placed in electric vans that run regular local routes three times a week.

Customers can track the orders on the app to know when the delivery person will arrive. The founders have often referred to the model as the “modern milkman.” The company is rapidly opening distributions centers around the country and expects to have more than 2,000 employees this year, according to Tech.eu.

Investors in the round included De Hoge Dennen and NPM Capital.