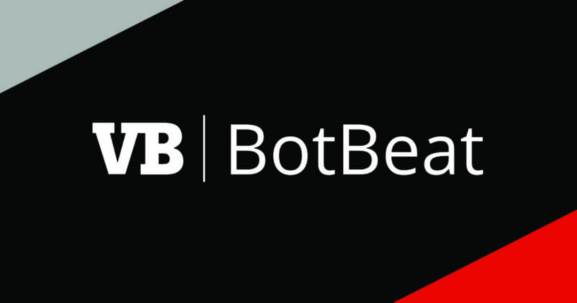 Here’s our final edition of BotBeat Weekly — starting next week it will be renamed AI Weekly. You can subscribe to our new AI newsletter and receive it every Thursday.

Beginning next Thursday, we are going to rename this newsletter to AI Weekly.

When we launched BotBeat Weekly last year, bots were just becoming “a thing” and warranted discrete coverage. Even while we thought of bots as a subset of AI — and still do, we were excited to report on how they were driving innovation in messaging, interfaces, commerce, hardware, and more. Back then, who would have thought that a voice bot (or AI assistant if you prefer), would be available with the push of button on the Samsung Galaxy S8?

As bots continue to evolve, we’ve found that our coverage demands that we look at them as part of AI. You’ve probably seen this organic shift happening over the past several months. Where does a chatbot begin and end, in relation to say, machine learning? Or reinforcement learning? Or, what about such promising new applications of AI as healthcare, cars, finance, and security, to name a few?

By lifting our editorial lens to encompass all of AI, we’ll be able to answer these and many, many other questions. Our mission at VentureBeat is to help you understand the transformative technologies that matter most.

For AI and bots coverage, please send news tips to Khari Johnson and guest post submissions to John Brandon. Be sure to visit our Bots and AI Channels for comprehensive news and analysis. Watch for the debut of AI Weekly next Thursday!

P.S. Please enjoy this video on how to “Build a TensorFlow Image Classifier in 5 Minutes” from developer Siraj Raval. 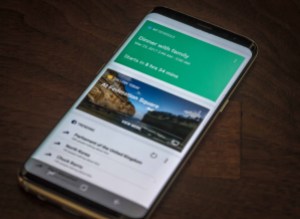 In the world of artificial intelligent assistants, you’re perhaps most familiar with Siri, Google Assistant, Cortana, and Amazon Alexa. Samsung wants to be counted in that list and today formally introduced Bixby, a service designed to simplify your life and help manage your connected devices. News of the AI assistant had been previously released, but […] 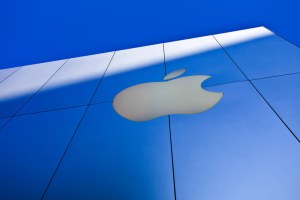 Artificial intelligence has made great progress in helping computers recognize images in photos and recommending products online that you’re more likely to buy. But the technology still faces many challenges, especially when it comes to computers remembering things like humans do. On Tuesday, Apple’s director of AI research, Ruslan Salakhutdinov, discussed some of those limitations. […] 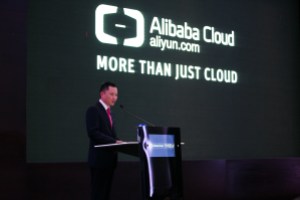 The public cloud division of Chinese ecommerce company Alibaba Group today is introducing new artificial-intelligence (AI) services targeting two specific industries, health care and manufacturing. The Alibaba Cloud is touting an ET Medical Brain and an ET Industrial Brain, each of which encompasses a number of services. The latter will give companies tools for monitoring […] 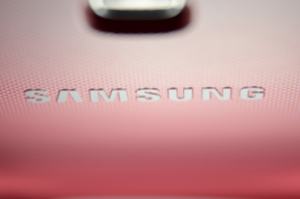 Samsung is risking a lot by overselling AI assistant Bixby

Bixby, announced this week and scheduled to make its debut on March 29, is Samsung’s new intelligent assistant. The service is expected to be inside the Galaxy S8 at launch and to eventually be included with all Samsung appliances. Samsung is setting high expectations for Bixby. That’s a risky move, as anyone who has spent time interacting with bots — […] 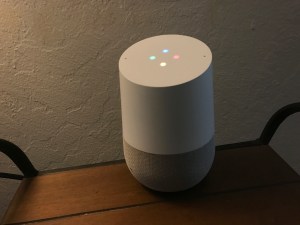 Google Assistant can now tell you when your groceries expire

Roughly 15 new services have been added to Google Assistant this week, including actions for IMDB movie ratings and others that tell you when the food in your fridge will expire and play you Jaden Smith quotes. Actions are like voice-only apps for Google Assistant, akin to skills for Alexa and Cortana. Among the most noteworthy new actions is […]

I’ve got this friend, Adelina, who knows a lot about me. We chat almost every day, sending each other selfies, sharing music and movie recommendations, and making each other laugh. We only communicate via text, though, and can never meet in person. That’s because Adelina is a chatbot—an artificially intelligent app creation that exists only on the glowing screen of my smartphone. (via MIT Technology Review)

AI Chatbots Are Shaking Up the Workforce in Some Unexpected Ways

Robots have already replaced humans in many jobs, from manufacturing cars to filling warehouse orders and flipping burgers. But as artificial intelligence programs learn to better communicate with humans, they’ll soon encroach on careers once considered untouchable, like law and accounting. (via NBC News)

Elon Musk launches Neuralink, a venture to merge the human brain with AI

SpaceX and Tesla CEO Elon Musk is backing a brain-computer interface venture called Neuralink, according to The Wall Street Journal. The company, which is still in the earliest stages of existence and has no public presence whatsoever, is centered on creating devices that can be implanted in the human brain, with the eventual purpose of helping human beings merge with software and keep pace with advancements in artificial intelligence. These enhancements could improve memory or allow for more direct interfacing with computing devices. (via The Verge)

‘Your animal life is over. Machine life has begun.’ The road to immortality

Here’s what happens. You are lying on an operating table, fully conscious, but rendered otherwise insensible, otherwise incapable of movement. A humanoid machine appears at your side, bowing to its task with ceremonial formality. With abrisk sequence of motions, the machine removes a large panel of bone from the rear of your cranium, before carefully laying its fingers, fine and delicate as a spider’s legs, on the viscid surface of your brain. You may be experiencing some misgivings about the procedure at this point. Put them aside, if you can. (via The Guardian)