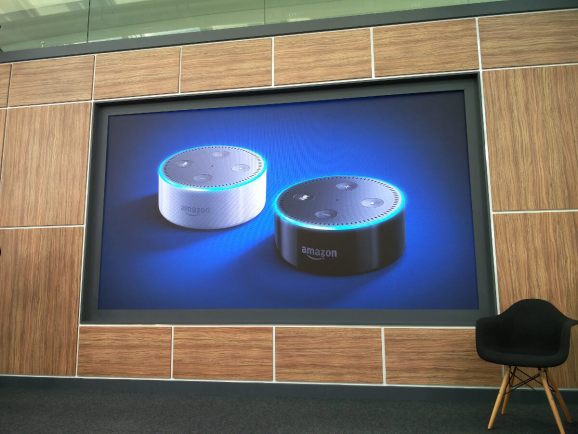 Advertising and biometrics for intelligent assistants have been in the news recently. Earlier this month, the internet worked itself into a tizzy over what seemed an awful lot like advertisements for the Beauty and the Beast movie on Google Home. Amazon is also reportedly working on commands that respond to unique voices. And connected cars that respond to the driver are in the works.

“We know how words or language correlate with personality styles. We ultimately think of ourselves fitting into that landscape, as we’re going to train bots how to be empathetic,” said Mattersight VP of data science Andrew Traba.

Mattersight assigns personality profiles to the people who call major brands, and it wants to bring that same service to intelligent assistants, using voice biometrics as an identifier instead of phone numbers.

For more than a decade, Mattersight has recorded more than a billion customer service phone calls for companies like Wells Fargo, Hilton Hotels, Progressive Insurance, and CVS.

Within 30 seconds Mattersight’s machine learning-trained algorithms can determine what kind of personality you have based on the words you use. The company uses a method called process communication model to analyze the words used by customers.

Created by Dr. Taibi Kahler in the 1970s, the process communication model follows every second of human interaction and predict outcomes. NASA used the model for more than 20 years in the astronaut selection process.

“What Mattersight’s cooking up in its lab now is how can we implement through API or web services the same technology into a bot that we’ve done in routing in a call center, so that if the bot recognizes that this is Andy talking to it, Andy wants to be spoken to in various facts and figures and linear problem solving versus if it’s Andy’s wife, who is a different personality. Then the bot should be fun, energetic, and exciting because that’s how my wife Mariola, that’s how she likes to be spoken to,” Traba said.

Traba envisions a future where voice biometrics are used to serve personalized advertising through the army of devices with intelligent assistants. In addition to smart speakers like the Amazon Echo or Google Home, assistants are being placed in all manner of products, such as vacuums, cars, and wheelchairs. Samsung recently announced plans to incorporate its new assistant Bixby into all of its products.

Next up: The empathetic car

Some companies are already using voice biometrics to provide security and services.

Earlier this month, Citi announced it now has one million customers in India and southeast Asia enrolled in its voice authentication program that identifies callers based on voice biometrics. Using software from Nuance Communications, banks like HSBC have also began to use voice recognition to identify customers during phone calls and remove the need for passwords.

Also from Nuance, last month Ford began to provide voice recognition for its Sync infotainment system. At that time, Nuance expressed a desire in the future to serve drivers’ needs based on personality and mood.

“We’re well on the road to developing the empathetic car which might tell you a joke to cheer you up, offer advice when you need it, remind you of birthdays and keep you alert on a long drive,” a Nuance spokesperson said in a statement.

Other recent examples of AI for marketing personalization include Youfirst, a company that tracks the emotional response of people watching YouTube videos, and Influential, who uses natural language to match influence marketers with brands and marketing campaigns and create an influence marketer stock market.