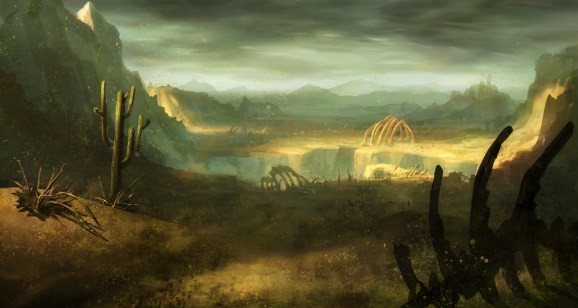 I stopped using a travelbot to book my business trips.

I’m a little concerned about that, because it was working for quite a while — almost a full year. I’d ask the bot to look for specific flights, then look through some options. It was frictionless, painless, quick, and worked in terms of getting some intelligently sourced flight options.

The problem isn’t that the bot was a failure or that chatbots in general have failed, although Facebook chatbot retention rates have fallen quite a bit lately. (And, sadly, most people have not even heard of chatbots.) I’m sure that travelbot saved me a lot of time and money. The real issue is that the world has moved on in several ways. For one, I am talking to bots more than ever. When I wake up in the morning, I turn to Google Home by my bed and ask about the weather. I have no idea where my phone is most of the morning, which means I’m not on Facebook.

In the car on the way to a coffee shop, I connect my phone and use either Apple CarPlay or Android Auto (depending on the phone), but it’s not really designed for chatbots. (That should change, and hopefully soon.) It’s designed for playing music, getting directions, and hearing text messages from my kids.

At the coffee shop, I finally settle in for some writing and editing. These focused sessions don’t usually involve chatbots either, because I’m too busy to jump over to Facebook. And yet, these sessions do involve AI. In Microsoft Word, I’m still benefitting from the machine learning in a grammar checker that acts like an English professor.

When I’m back in my office, I tend to use Amazon Alexa more than anything to order products and ask about upcoming Golden State Warriors games.

Finally, at night, I’m on an iPad, but I don’t use Facebook there, either. I use a few apps for reading magazines and books.

I do use many other chatbots throughout the day, but the issue is that my attention has swayed slightly over to the competition. I’m using machine learning in apps like Word instead of typing text responses. I’m talking to voicebots instead of interacting in a chat window. I’m driving in the car and benefitting, at least in some sense, from whatever adaptive intelligence is in the car and in Google Maps or the voicebot running on my phone. (Not that I’d ever text with a bot and drive.)

The problem is really one of ergonomics, use cases, and pervasiveness.

Take the unnamed travelbot I’d been using. One of the biggest changes we need to see in chatbot development is taking these bots out of their limited playing field and into the real world. Before a chatbot ever goes live, it should land on multiple platforms — it should run on my phone, on Google Home and Amazon Echo, through the car as a voicebot, and maybe even within my productivity suite or at least as an easily accessible standalone bot. On my iPad, I might like to use the bot as an app and not bother with Messenger.

A chatbot needs to become a trusted ally for all-day use. It should run on everything. Once I start booking travel with a bot again, I should be able to do that whether I’m driving, in my main office, at a coffee shop, or just waking up in the morning with no phone in sight. Most bots don’t do that. They run in Messenger and that’s it — or they work only in an app like Kik. The chatbot developer doesn’t take the time to make an Alexa skill, then move on and make sure the bot works on Google Home and Cortana as well.

This is one reason the retention and engagement rates for chatbots tend to be lower than expected. Maybe it has some amazing features and the AI is quite powerful. If the user isn’t constantly on their phone at every moment of the day, then the bot is not as useful. Apps figured this out a long, long time ago.

Now, a few developers have figured this out. One good example is Domino’s. I know I can order a pizza by voice or text in multiple ways on multiple platforms. And guess what? Because of that kind of pervasive access, I tend to use those options more and more. I haven’t ordered a Domino’s by phone in years.

Multiplatform, pervasive access is the key. It will bring me back to the travelbot. It will save some chatbots from extinction.