Yesterday Facebook made a pretty significant update to its Messenger app for messaging and voice and video calls: It finally started letting people access its M virtual assistant in conversations. But there’s more to it than that. Facebook also adjusted the design of the app in a way that makes Messenger look like Apple’s Messages app, which uses the iMessage protocol.

Facebook’s head of Messenger, David Marcus, even showed off the redesign in the course of announcing the M news on his page, but what dominated the headlines yesterday was M, not Messenger’s iMessageness.

What’s changed is that Messenger has shrunk down the default size of the text box that you tap on when you want to type out a message to someone and given it an oval outline. It’s now less than half as wide as it was, because there are now buttons on the left of the text box for using the camera, sharing a photo, or recording an audio message. It expands once you start typing, and from there you can hit the new right arrow button to jump back to the photo and audio message buttons. Previously, you could get to those options and others with just one tap while composing a new message. So now, basically, it takes just a bit longer to send a photo or video.

In Messages for iOS 10, you’ve had a rounded and miniaturized text box, along with short cut buttons to the camera, your heartbeat, and new iMessage Apps. Once you jump into the text box, it expands just like the new version of Messenger, and you can tap a right arrow icon on the left side — like on Messenger — to get back to those camera, heartbeat, and iMessage App buttons. 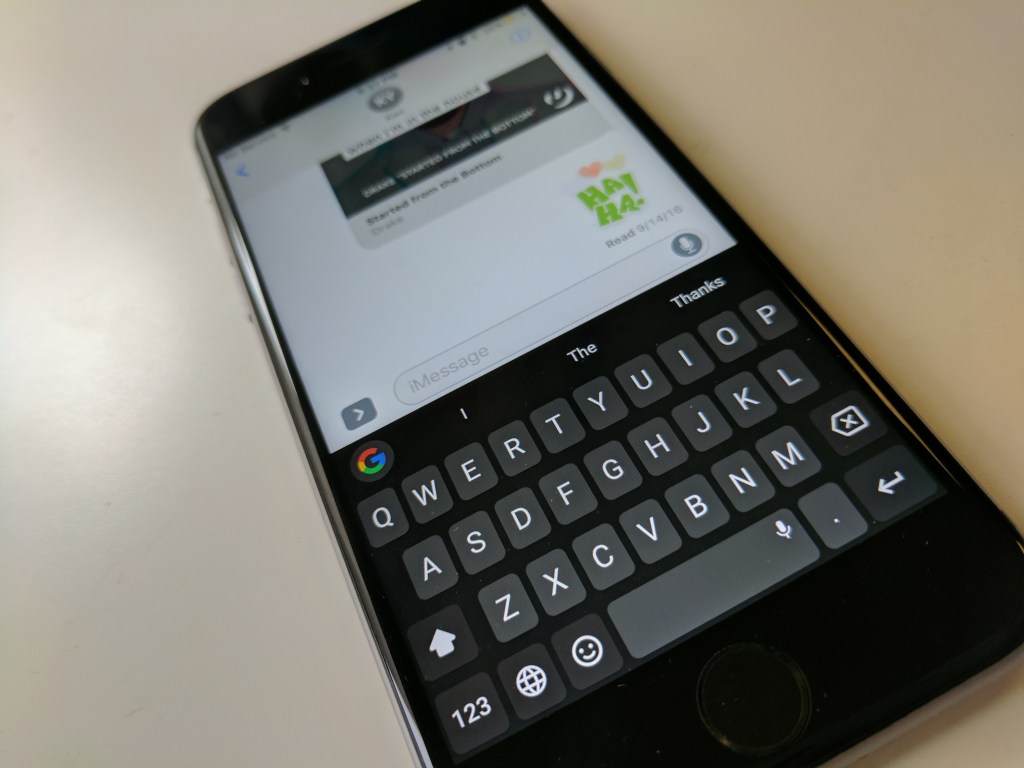 Above: Messages for iOS 10.

The Facebook Messenger update makes everything look too much like iMessage and I'm getting confused as FUCK.

So now that @facebook have updated their messenger app, I have to check if I'm sending a text/iMessage as both apps look near identical.

Facebook has been really into copying features of other messaging apps lately. Just one month ago, Facebook brought its Snapchat-like Day feature to Messenger. Weeks later, Facebook went and brought the similar Stories feature to Facebook itself — after also dragging it into WhatsApp and Instagram.