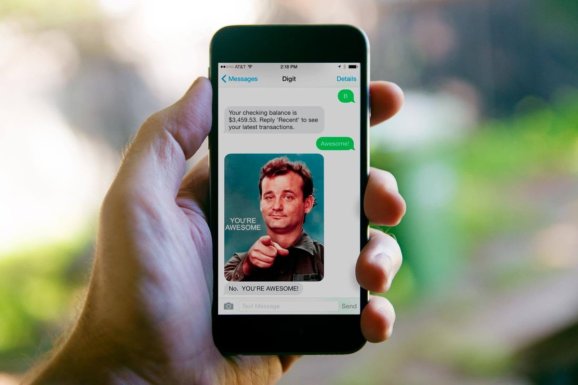 Digit bot sends you an SMS every day to tell you your bank account balance and occasionally remind you how much money has been saved in a Digit savings account.

Savings service Digit announced today that it is ending its free service, and in the next 100 days will begin to charge customers $2.99 monthly subscription fee. Using an algorithm that tracks your spending habits, Digit withdraws money over time and puts it in a savings account.

Existing accounts will remain free for the next 100 days. After that, those who fail to cancel their Digit account will be automatically charged, a company spokesperson told VentureBeat. The news was announced today in a brief Digit blog post.

“Users who accept the new Terms of Service will be charged the $2.99 monthly fee after their 100-day free trial is over. However, if it’s past 100 days and a customer chooses to close their account and was unaware of the fee, Digit will gladly provide a refund,” a Digit spokesperson told VentureBeat in an email.

The company also announced today that savings bonuses will increase from 0.2 percent to 1 percent. Digit surpassed the $230 million mark in September 2016 and the $500 million mark last month.

Digit launched in 2015 and was initially only available via SMS. A Digit Facebook Messenger bot made its debut in January. Android and iOS apps are also available.

No new Digit features were announced today, but in late February Digit launched Goalmoji, a savings plan that provides updates along the way. Plans can be custom made or set for things like rent, vacation, or a phone bill.

Updated 10:50 a.m. to include additional information from a Digit spokesperson and how free Digit accounts will be treated going forward.