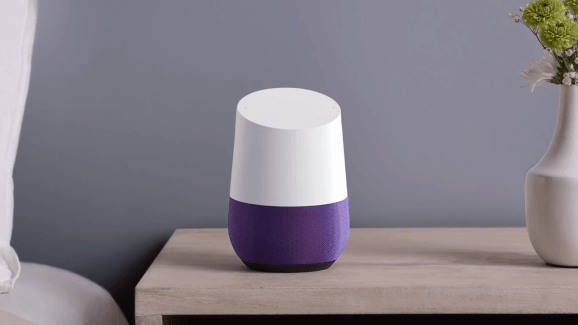 This past week was a busy one for Google Assistant. More than 20 new services were made available, including DIY tips from WikiHow, Rotten Tomatoes movie reviews, and an action that can act as a concierge for Airbnb guests.

More than 170 actions have been listed in the Google Home app since the launch of the Actions on Google platform last December.

The WikiHow action can tell you how to survive a bear attack in just 10 seconds, start a business (in about five minutes), administer CPR (in three minutes), or do the Heimlich maneuver (in a little over two minutes).

The WikiHow action for Google Home begins by saying “Ask me to do anything,” but conversations with the action make it clear that it’s more accurate to say you can ask WikiHow about most things. Ask how to do Krav Maga and you may be told how to choose a martial art, for example. Regardless of whether WikiHow can tell you about anything or most things, this action can pull information from more than 180,000 WikiHow articles, and that’s powerful.

Unlike most actions, WikiHow interactions are measured in minutes, not seconds. Longer answers are chopped up into sections and require you to say “Next” to proceed.

Also among noteworthy new Google Assistant actions, the Rotten Tomatoes action can tell you a movie’s Rotten Tomatoes review, the year the movie was made, and a two to three-sentence review. This action only works today for movies.

The Concierge Service action was made by Dana Young to support people who stay at his Washington mountain lodge. It’s meant to be a fun way for a guest to check in or to get their questions about house rules, the WiFi password, or the best way to contact the owner in an emergency answered. You can also share recommendations for nearby restaurants or places to go. The Concierge Service Alexa skill also made its debut days ago.

Continuing a steady increase in public transit actions for Google Assistant, CharlieChat is a new action for commuters in the Boston area that tells you Massachusetts Bay Transportation Authority (MBTA) train times for riders of the Blue, Orange, Red, and Green lines.

Two new cooking actions emerged in the past week for cooking meals at home. They come just two weeks after Chefling launched its action for telling you about when food goes bad in your fridge.

One new Anova action gives you voice control of the Anova Precision Cooker, a Wi-Fi or Bluetooth connected device that regulates temperature and stirs hot water for evenly cooked food. The action can start, stop, or cook for a certain period of time.

The Cook.ai action will ask you to open your mobile device, then gives you a code to enter at cook.ai to pair the Google Home and a device using a web browser.

Like the experience of using men’s fashion action Able Style, this pairing brings you on a guided tour, but with recipe ideas.

Once you begin, say yes and the assistant will email you ingredients and guide you through cooking the meal. When you’re ready to start cooking, just come back to the action and open as you always would. Upon return, the first thing the action will do is ask if you’re ready to cook the item you previously expressed interest in cooking. If you say no then the will guided tour through recipes ideas continues.

New to the quote action category is The Keys, a series of quotes from DJ Khaled like “Those that weather the storm are truly the great ones” and “I remember when I ain’t have a jacuzzi.” There’s also a Daily Motivation action and the Steve Wynn Quotes action, inspired by Wynn Las Vegas hotel owner Steve Wynn.

And days before the Masters last week the PGA released a PGA Tour Google Assistant action. When a tour event is taking place, the action can tell you about the leaderboard, as well as how a particular player is doing. The action can tell you at any time the standings for the PGA Championship, aka the FedEx Cup.