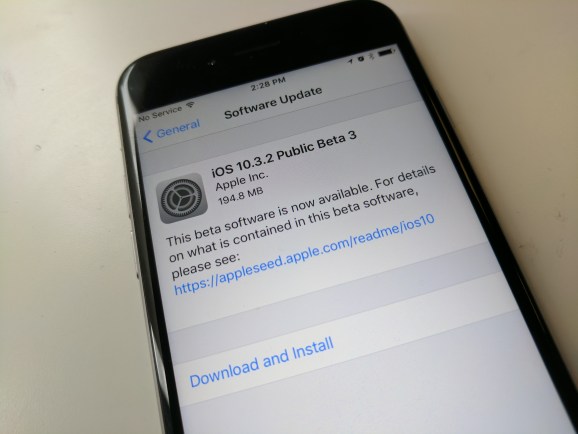 Apple today released the third beta version of iOS 10.3.2, an update to iOS 10.3, which itself is an updated version of Apple’s current mobile operating system, iOS 10. Earlier today the beta update became available to developers, and now Apple has also released it for public beta testers.

Today’s update comes out to around 195MB, making it a bit larger than the unusually small second beta of iOS 10.3.2, which came out last week.

It doesn’t appear that very much has changed in this build, though. Apple’s own release notes don’t point to anything major, even if there are bug fixes. That said, one person’s test indicates that this build delivers very slight performance increases.

Last year Apple didn’t go past iOS 9.3.2 before introducing iOS 10. With WWDC scheduled for June 5-9, iOS 11 — or whatever it ends up being called — is right around the corner.