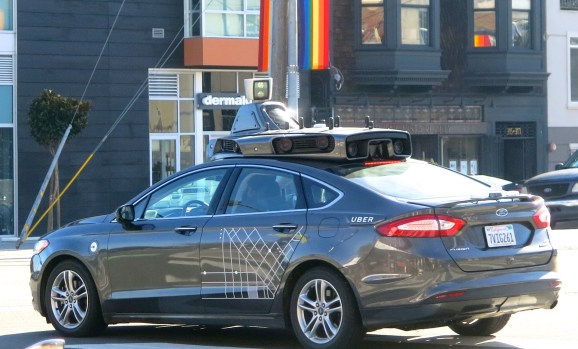 App-enabled cab company Uber is losing another member of its self-driving car team. Sherif Marakby, who spent 25 years at Ford, is leaving Uber after spending a year as the startup’s vice president of global vehicle programs.

Based out of the Pittsburgh, where Uber runs its Advanced Technologies Center (ATC), Marakby was working on “manufacturer strategy and integration efforts,” as the Verge reported last year.

“Sherif’s deep experience and knowledge of the automotive industry have helped us tremendously in working to make self-driving cars a reality,” an Uber spokesperson told VentureBeat in an email. Automotive News reported on Marakby’s departure earlier today.

Since its establishment in 2015, the car program has had to deal with not only departures but the challenges of integrating self-driving truck startup Otto and responding to a lawsuit from Alphabet’s Waymo, which claims that Uber’s Anthony Levandowski took technology from Alphabet before leaving.

Plus, one of Uber’s cars was actually driving itself when it went through a red light in San Francisco a few months ago, despite the company’s initial claim that the incident was caused by human error, the New York Times reported. California’s Department of Motor Vehicles (DMV) banned testing of Uber’s cars on public roads because the company lacked the necessary permits, and so Uber migrated its fleet for testing from San Francisco to Arizona. Uber does now have a DMV autonomous vehicle testing permit, but the company isn’t letting passengers take rides in the self-driving cars that are now in San Francisco.

Separate from the challenges Uber’s autonomous driving program has encountered, the company has also been dealing with sexual harassment issues. The San Francisco startup has kicked off an investigation into the matter and released its first diversity report.

In February, Ford said it was investing $1 billion in Argo AI, the car startup that Rander cofounded. It’s not clear if Marakby will be joining Argo AI.

In a statement, Marakby said that self-driving technology is among the most interesting challenges he has tackled.

“I’m grateful to have contributed to what will soon be a safer future for everyone,” he said.