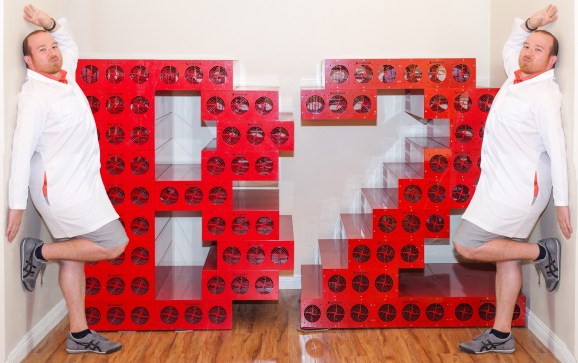 Backblaze might not be as well known as Amazon Web Services (AWS) in the cloud storage business, but it’s trying to change that. Today the company, which is best known for remote backup, is announcing cuts to one part of the price of its B2 cloud storage service, which became available in public beta in late 2015.

Now it will cost 2 cents to transfer each GB of data out of Backblaze, down from 5 cents per GB. This is in addition to the price you have to pay to store the data in Backblaze. The company was already undercutting AWS, Google, and Microsoft on raw storage prices. Now it’s also going considerably lower for the data transfer part.

“Over 50,000 people at over 20,000 companies have signed up for B2. Tremendous adoption,” Backblaze cofounder and chief executive Gleb Budman told VentureBeat in an email. “We’re on track to grow B2 revenue 1000 percent from 2016 to 2017.” Budman also pointed to integrations with partners like CloudBerry, Cubix, Synology, and Retrospect.

The price of data transfer on AWS’ widely used S3 storage service varies based on which data center region you’re using, how much data you’re transferring, and where it’s going. It can actually go as low as 1 cent per GB, but that’s if you’re sending data from the popular US East (Virginia) to the nearby US East (Ohio), or vice-versa. But generally, if you’re pushing data out of AWS and it’s not your first GB of data for a given month, you’re going to pay 5 cents or more per GB.

Time will tell whether Backblaze’s attack on cloud storage costs will help it become a bigger part of the public cloud conversation. At least the 10-year-old company remains competitive despite not having the cash reserves of a publicly traded company like Amazon, Microsoft, Google, or IBM — and despite not having myriad other services to offer from its data centers, let alone a global network of data centers.