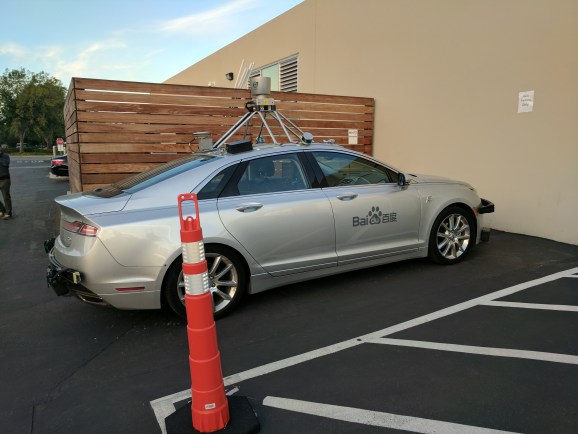 Chinese search engine operator Baidu today announced the launch of Project Apollo, an autonomous driving platform that will include both software and hardware.

Baidu will expose tools for obstacle perception, trajectory planning, vehicle control, and even operating systems, according to a statement. The plan is for cars to start using the technology on urban roads toward the end of the year and then on highways and open city roads by 2020.

This builds on Baidu’s efforts to make and test its own autonomous vehicle. The company has been testing out vehicles in both China and the U.S. Additionally, Baidu has been getting DuerOS — which draws its name and essence from Baidu’s own Duer virtual assistant — into third-party devices, like Chinese consumer electronics company Ainemo’s Little Fish family robot. Presumably, the company will be looking to deploy DuerOS in vehicles, following a trend in which Google seeks to deploy its Assistant technology, Microsoft looks to get Cortana into cars, and Amazon puts its Alexa in more and more places. For now, partners named in today’s statement about autonomous driving include NextEV and China’s Chery.

Autonomous driving is one thing artificial intelligence (AI) luminary Andrew Ng worked on before stepping down as the company’s chief scientist earlier this year. Google, Lyft, Nvidia, Uber, and other technology companies have also been testing self-built autonomous vehicles.

“China is the world’s largest market for automotive sales and production. It has many car brands and an open environment that is ripe for collaboration,” Qi Lu, Baidu’s newly appointed chief operating officer, said in the statement. “Baidu took the initiative to open our autonomous driving technology to the industry in order to encourage greater innovation and opportunities, making better use of our technology to drive the evolution of the entire industry. An open, innovative industry ecosystem initiated by Baidu will accelerate the development of autonomous driving in the U.S. and other developed automotive markets.”